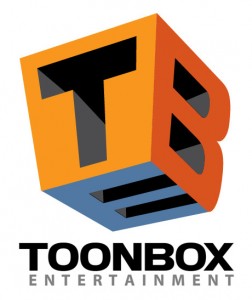 JOB DESCRIPTION
Position: Animator
Reports to: Animation Supervisor/ Animation Director
Position Description:
Creates the motions, gestures, and expressions of three-dimensional computer graphics characters and objects
To tell a story with meaning through movement
Principal Duties and Responsibilities:
To receive with each assigned shot: storyboards, story reels, recorded dialogue, set layout, and direction;
To read soundtrack and plan shot;
To block in movements in rough animation and show for the Director’s approval in a daily review;
To finish work for Director approval in a timely manner;
To attend animation dailies;
To assist with the testing of assets and animation tools during the creation of animated shots while meeting the highest of quality, aesthetically and technically, on the studio’s second CG feature film entitled, SPARK, intended for theatrical release;
To animate shots for feature film production as well as other projects in development per established guidelines and timelines;
To perform shot work/fixes as required during visual development, pre-production, and production;
To help troubleshoot modeling/rigging issues as they arise over the course of visual development, pre-production, or production to ensure team meets shot quotas;
To spot, report, and communicate creative and technical issues as they arise via sharing knowledge or solutions with team members;
To work collaboratively with other departments, such as the Rigging Dept., as required;
To maintain awareness of the broader show needs as they relate to the Character Finaling, Final Layout, etc.

Required Skills and Experience:
5+ years of (CG) feature film experience as an animator preferred
Proven storytelling skills
Ability to use acting skills, which bring characters to life, as well as clearly communicate simple ideas with which an audience can empathize
An art background, which shows a thorough, understanding of physical motion, weight, balance, texture, and form
Strong technical knowledge of Maya, specifically rigging and animation tools
Practical working knowledge of Maya dynamics and ridged body dynamics
Knowledge of traditional animation principles and ability to produce high quality key frame animation
Impressive reel demonstrating a range of work
Understanding of efficient pipeline/workflow techniques as they apply to animation
Strong communication skills
Superior time management and prioritization skills
Ability to communicate creative and technical ideas
Self-motivated and able to take direction and work independently while being an effective team player
Ability to work collaboratively
Flexible and adaptable to change
Good eye for detail and a passion for film, games, and animation.

Interested candidates should submit their resumes and reels via email to careers@toonboxent.com

More from JobsMore posts in Jobs »