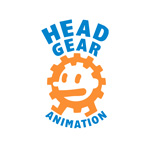 I promise I’ll get to new stuff soon.  There’s just so much from this past week to pass on.  Like the signal film.  This year’s was produced by Toronto’s Head Gear Animation.  I can’t embed it, but they have it up on their site as a Quicktime.  Here’s the link.