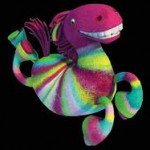 The 17th International Festival of Animated Film Stuttgart / Germany (4.-9. May 2010) invites international advertising agencies, filmmakers and production companies to submit their films to our international competition Under Commission until January 29th 2010. Under Commission is the competition for commissioned animations. Prizes are awarded in the categories animated music video, commercials and TV trailer. Any animated commissioned film of the categories commercial spot, music video and TV ident including computer generated animation and combinations of life action and animation completed after October 01, 2008 may participate. There is no entry fee.

More information is available at our homepage. There you can also download the submission form, rules & regulations as well as the call for entries. Online submissions can be made at Reelport.

The Stuttgart Festival of Animated Film was founded in 1982 and is one of the biggest and most important festivals of animation film worldwide. More than 50.000 spectators and 1.500 professionals are attending the festival. Over 50,000 euros prize money in total is awarded in seven competition categories. The Stuttgart Festival of Animated Film works in close relation with fmx 2010, Europe’s biggest conference on animation, effects, games and interactive media.

We are looking forward to your films!