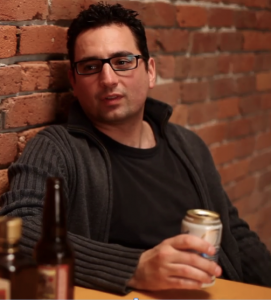 Bite on Mondo is pulling out all the stops as they approach their third, and LAST submissions deadline. This week, they’re rolling out the big gun: JEFF SHORKEY!!!!

Here are some words he made in response to other words:

Bart and Chris, the guys who make “World Doctors”, told me about it and then connected me with Bite On Mondo producer, Josh Bowen. I was cc’d in an email that introduced me as their “insanely neurotic writer friend”. Sadly, I couldn’t really argue with the description.

It was pretty straightforward actually. I sent Josh, the producer, some paragraph ideas. He liked one a lot and asked for a script. In the end, he wasn’t totally sold on that show (damn you, Josh!) but he liked my writing. So I pitched a few more ideas and he liked “Don’t Feed the Humans”. I wrote a script and it became the pilot. So it was fairly painless actually.

The production process has been really good for me because I feel I’ve had a lot of control over my show. I come from the world of advertising where you have a long line of people dicking around with everything you do. With “Don’t Feed the Humans”, I was given a lot of creative freedom. So the end product is pretty close to where I wanted it be when it was originally conceived.

For the first five episodes, I worked with Lou Solis from Solis Animation. Josh reco’ed them and when I saw some of their work I knew they were a good fit. Lou provided a great foundation and I’m now working with some guys in Vancouver called Jester Coyote. They’re doing a great job too.

As for sound, I knew Craig Zarazun at Wave here in Van from working in advertising, and he was on board to do something fun. And the voices were all people I already knew…and me.

Years ago, I coloured cells at an animation studio and pitched a few show ideas. Since then I’ve been doing all kinds of completely unrelated stuff, creative and otherwise. But “Don’t Feed the Humans” is really my first full-on, legit effort in animation.

As far as inspiration, it wasn’t necessary. “Don’t Feed the Humans” is hugely autobiographical. I was in fact abducted by aliens and put on display in an alien zoo for several months in 2010. The only difference is that I was much more heroic and cool in the actual situation than Jack is, the character I voice.

It’s actually really great to make something that you feel you really and truly own, something that makes you laugh. And as someone who can’t draw at all, it’s really fascinating to see the thing come to life. That occurred to me in the mix the other day as I looked at all these drawings on the screen and the sound giving them life. I had a “moment”. Those characters and situations don’t actually exist. They were just a bunch of words I came up with and they’ve now suddenly become an alien and a zoo and some humans, etc. That seems like a pretty obvious observation, but it sometimes hits you really hard how hilariously weird and awesome it is that you can make cartoons and get paid…and then have people genuinely like what you did…or tell you “this is shit!” in the YouTube comments, of course.

I’m a writer and that’s probably my favourite part of the process. So all of the other things that go along with production can sometimes feel overwhelming. Worrying about actor vacations or a design budget running out or the fact you’ve got a cold before a record are things you just don’t deal with when you’re only writing scripts. I’m used to some of those things from making TV commercials, but there are more details to worry about when it’s your own show. In the end, it’s incredibly rewarding to control all those things, but sometimes they seem daunting.

I’m also working from home and it’s sometimes hard to establish a structure to your workday. Some days an email will wake me up and I’ll walk over to my laptop…and then suddenly it’s 2pm and I haven’t showered or eaten or put pants on. It can be weird.

I’ve learned that you can’t ever really get comfortable when you’re the creator. All the details matter all the time, and you’re the guy who has to make sure everything is coming off properly, and you can’t ever take that too lightly. I feel like the second you get comfortable and think you’ve got it all figured out and are completely free of doubt…well, that’s when some unexpected catastrophe will strike to teach you a lesson. Having said that, I’m rarely comfortable with any aspect of life, whether it’s having to touch the lint trap in my building’s laundry room, coming to terms with the fact mom jeans are cool, or dealing with adjacent restaurant/coffee shop tables that are placed too close to my own table. 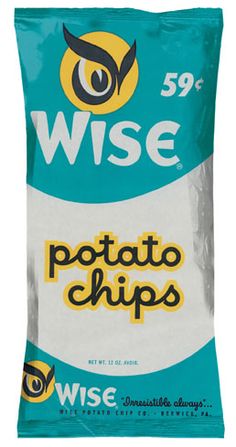 The show is currently going in more of an action/adventure direction and becoming more serialized. So I’m hoping it’ll be fun for viewers to see more consequences and storylines flowing through multiple episodes. I’m also toying with the idea of doing origin stories, which would be whole episodes devoted to telling the story of how each human was abducted and placed in the zoo.

If I ever meet anyone reading this, and I’m awkward, please be understanding. I’m currently working from home and my already-mediocre social skills are eroding at breakneck speed.