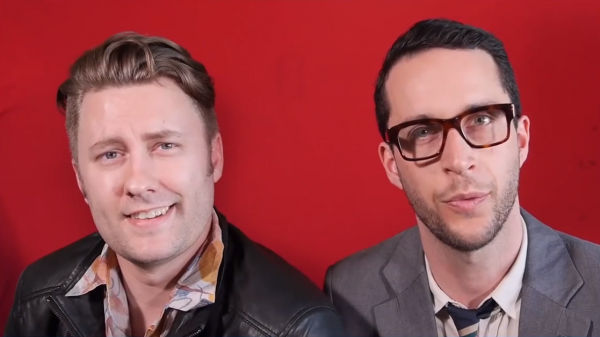 Bite on Mondo’s got another Q&A to share, this time with World Doctors creators Bart Batchelor and Chris Nielsen. Here ya go!

We created a webseries called Archeologists, which was the spiritual predecessor to our series World Doctors. Josh Bowen saw that and hunted us down. Literally, Bart was avoiding his calls at work because he thought Josh was a bill collector. Finally we connected and learned all about the Bite on Mondo program and how we could participate.

Pitching is always a lot of fun, and each one is a little different. Originally, we sent off many ideas at a time – paragraph long ‘mini-pitches,’ but now we nail it down to one or two that we’re passionate about.  Our pitches with BoM have always been over the internet or phone, very casual.

Production varies depending on the project and we’d assume on the project creator’s resources. For instance, World Doctors is all done in house while Tuck and Ranger was shipped out. Josh and BoM helped us find an animation house who could work with our style.

Fresh out of University we launched a show with The Comedy Network called ‘The Woodsmen’. It was a blast to work on and set the tone for our future work together on many other projects.

Definitely fan interaction. It’s amazing to know that there are people out there who like your work and want to see more of it. A group of guys did an excellent cover of one of our World Doctors songs – that was so cool to see. And perhaps a little selfishly, once you have a show you begin to grow attached to your characters and you get to learn so much about your own process along the way.

Sometimes, no matter how much you love a project, other people aren’t interested. And that’s alright. There’s a time honored mantra: kill your darlings. Or stick them on the shelf until you get bored of them – whatever. A specific challenge – originally the show was titled “Borders without Doctors”. Legal got cold feet about that around two weeks before we launched the first episode – and one of us was on vacation!

Go in with a solid idea but be ready and willing to collaborate – nobody creates something perfect right out of the box. Except for us, maybe. But, through it all, try to keep a core vision intact because that’s the heart of your show.

Countless project management skills; we learned new and hilarious ways to work with talent. We’ve learned how to make work that’s fun, in our style, but also more accessible to new viewers.

James and James are just getting started. We’re experimenting with making the shows a little longer, and even a continuing story or two. But don’t worry, they’re still just as stupid and doctor-y as ever.

Creating and building World Doctors, and our other Mondo projects, has been a huge next step in our creative careers. What Bite has created is a hugely important showcase and proving ground for creators and animators from all walks of life. This is an amazing opportunity for anyone who’s interested in trying their hand at creating a show from scratch with support from industry veterans.