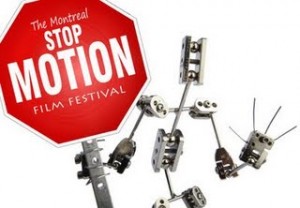 From the charm of Gumby, to the wild adventures of Wallace and Gromit, through the zaniness of Jake Skelington in The Nightmare before Christmas, we have all fallen under the magical spell of characters brought to life by stop-motion animation! Laboriously created by artists moving puppets in tiny increments while recording one image at a time, each short sequence can represent many hours of painstaking attention to detail. Time consuming? Definitely! But the result can be mesmerizing and possess near universal appeal.
Frequently used in television and feature films, stop-motion animation has recently experienced a resurgence. Despite this, getting their work screened can still be a huge struggle for many artists. This is why we have decided to celebrate and encourage the efforts and talent of the many people working in this unique art form.
We are actively seeking stop-motion animated films to screen in the first edition of the festival on October 24 and 25, 2009.
Please refer to www.StopMotionMontreal.com for the entries section to answers the many questions you might have concerning eligibility, dates,and accepted formats.
Once you have decided to enter your film in the festival, download a submission form, fill it out, and send it along with your film.
Deadline for film submissions is: September 30, 2009.
Come and join us! It is a great opportunity to jump on the bandwagon!
Cinematographically yours,
Erik H. Goulet
Director
info@stopmotionmontreal.com