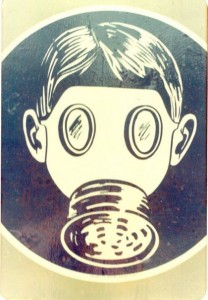 Robbie Anderson is, in my opinion, the best production guy in the business. I’ve worked with him a couple of times, and I’ve always been blown away by his abiltiy to forecast troublespots. It’s uncanny. It’s like he has super-powers. Thankfully, Rob chooses to use those powers for good, and now, it appears, for the greater good.

Here is what I hope is just the first of many posts that Rob will be making on the subject of production in animation. Today’s nugget: No schedule survives contact with the production.

Update:  Rob has given me permission to print the whole of his post here.  So, without further ado, Mr. Rob Anderson, in his own words:

Most of my career as a Production Manager/Producer has been spent being thrown into a process. There have only been a couple of occasions where I have had the opportunity/pleasure of starting a production as opposed to being brought on to fix it. This has been hard to say the least but it has also given me the chance to learn not only from my mistakes but also from the mistakes of those before me. We all make mistakes. That’s how we learn.

With that in mind I thought it might be fun to try and write down some of my thoughts on show running. I do hope that there is disagreement on these, as I do love to debate!

No matter how smart you think you are no one can predict meeting a deadline that is 2 years from now. You can of course – based on your experience- create a schedule that will show the production ending at a certain date. This of course becomes a date written in stone and you are committed to it. Money and reputations are built around it and it can become an all-consuming target that takes your eye off the day to day. The day to day is where you can shine and make the final deadline look easy.

What is more important initially is making sure you hit early milestones. If you create a schedule that has realistic milestones you then focus your energy on hitting them. Try not to get caught up in the end date starting out. You might say, “ yes we missed this deadline but we still have plenty of time to catch up”, this is a dangerous road to travel. What you should be thinking is, “ we need to focus our energy on hitting next weeks deadline and over the next month doing better than the last”. Keeping in mind these short sprints need to be realistic. You don’t want the team to be doing overtime week after week. If you can focus on the short term though and making sure the goals set out are met you may find that after several months you have been able to exceed expectations and come in ahead of schedule. I used this way of thinking on seasons two and three of Untalkative Bunny. The first series I was able to manage from start to finish. Despite the studio going bankrupt, (a story for another time), We came in ahead of schedule and under budget. I was very proud of the team.

If on the other hand the short-term deadlines are not being met you need to re-asses as to why. Are they unrealistic? Is there not enough staff to get the work done? Has the complexity of work exceeded the original intent? Do you have a communication breakdown between departments? Do you have enough experienced staff in the right areas? The questions are legion as are the solutions. Money is always seemingly the easiest solution. Just throw money at the problem and it will get fixed. This is a really bad idea in my opinion. Of course there are times when budgets need to be revisited and more money or less money allocated to a process but you should always view this solution as your last.

Look at each department and how they affect the departments they are connected to. Look at the teams you have in these areas and figure out if there is a better way to use each person in order to get the most out of the department. Remember that you are managing people not pipelines. Manage the people and make them a part of the process and they will help you find ways to meet and exceed expectations. Encourage everyone into doing their best and lead by example. You will be pleasantly surprised when you create an atmosphere of collaboration.

Thanks, Robbie!  Hopefully we’ll be hearing more from Mr. Anderson on this subject in the not-too-distant future.