How I spent my March break 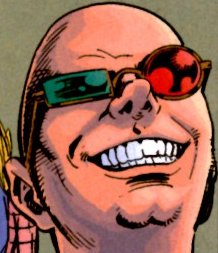 A couple of weeks ago now, I went to the Game Developers Summit and The Flash Game Summit to try and absorb as much information as I could on the world of game making.

I consider myself to be a game geek. I have been playing board games since I learned to walk and at the age of 11 I discovered Dungeons and Dragons. I still play D&D today. When video games came on the market I became addicted to these as well. Despite this, my working career has not been spent in the creation of games but in the creation of TV and film. I do credit my love of story to all those years of gaming and wouldn’t have had the career I have today without it.

I have noticed a sort of hesitation, if you will, from both game professionals and TV folks alike to either share experiences or look into either side’s way of doing things. I don’t think this is intentional in any way. I think both industries had different beginnings. Animation’s start was many years ago, like over 100, while it can be argued that computer gaming, as we know it now, is probably 25 years old and it has seen massive growth in comparison to any other form of entertainment. That is pretty exciting in itself. When things move that fast the learning curve becomes quite large and new ways of doing things come fast and furious, especially in the world of programming.
Programmers are amazingly creative individuals. While the discipline is different than the animation process, creative thinking is a universal constant.

There were over 18 thousand people at this conference, all either working in games or film, along with an army of students looking to get into the industry. Much of my time was spent speaking with independent game developers and listening to lectures from leaders in the social game industry like Zynga, maker of Farmville.

Here is a time lapse I did of the conference floor.

I don’t remember exactly where I heard this-I think it was on the “almost the truth, The Monty Python Story”- but someone once spoke about how the TV industry evolved over the years. In the beginning, when the medium was new and people were still exploring the boundaries, it was very much a creator driven world. People tried things and were not afraid to fail. The failures were many, but the successes are still being played on TV today. Later it became the realm of the executive, largely due to the amount of money that could be won or lost. This made the work of the creator much more difficult as it was now a committee that would green light a project. This is where we live now and it can be very constricting on the creative process. I am not sure that something like Monty Python could even be made today.

The independent game industry, to me, has the feel of the early days of TV. It is very much a creator driven industry at the moment. Flash games in particular. Here are some impressive numbers for you: There are 1.8 billion Internet users worldwide. A large {f2e86ea6af82e2bb048871abf045622abf0ed27fb513932dc1ee8c05a54cbefd} have flash player. I have heard as much as 90{f2e86ea6af82e2bb048871abf045622abf0ed27fb513932dc1ee8c05a54cbefd} but I am unsure of that number. There are no borders for a flash game. If you make something and it is good you could have the same number of eyes or more looking at it than the number of people that watched the moon landing(600 million by the way). This is a sobering and liberating thought to me.

If there are any similarities between the game and TV world the one that I hope takes time to happen is the slow transfer of influence from creator to executive. It took TV 30 years maybe. Let’s hope it takes longer for the web.
The creator space for the web is not limited to games of course.

Go forth and create !