Here’s an interesting event that came to me via Warren Leonhardt. 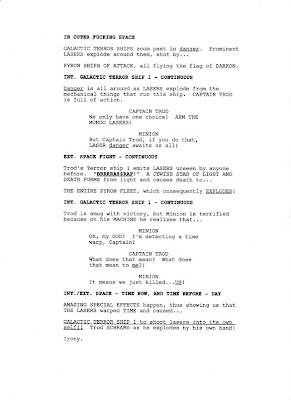 Writer and Canadian Film Centre alumnus Elize Morgan has joined with Karen Walton and Ink Canada (a great place for all things Canadian Film/TV and Writing) to create a fund-raising event for writers. This is going to be a PWYC event to raise funds for Global Agents for Change for a 2000 km bicycle sprint-in-a-month across Europe from Amsterdam to Budapest. Morgan hopes to raise money to help fund microcredit loans and raise awareness on world poverty

The workshops will take place on Saturday, April 24, 2010 from 10am to 4pm at the Lillian H. Smith branch, Toronto Public Library 239 College Street.

EXCHANGE FOR CHANGE BENEFIT WORKSHOPS
6 Sessions, 1 Day – Pay What You Can, Toronto!

New or pro, come down and show your support for 6 talks about great storytelling, with multiple-award winning, local pro Writers, Producers & Directors of traditional film, television & digital media content … who are donating their time for a good cause – the fight against world poverty. Schedule below.

SCHEDULE & OUR GENEROUS GUESTS
(we’re still adding guest-speakers so check back on the Event Page for updates!)
http://www.facebook.com/event.php?eid=115458335130943

Recommended for producers, writers & directors working from existing material, in film or television

EXCHANGE FOR CHANGE IS
a brainchild of inkie ELIZE MORGAN (writer/CFC alum/CRUSHING IT scribe) to raise funds for
THE GLOBAL AGENTS FOR CHANGE & awareness for her charity cycling marathon in Europe for the cause, this summer.