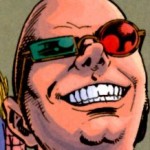 Or: the world of rapid prototyping.

I am in the process of recovering from what is known as a game jam. Game jams are an event that you can organize with friends where you try and create a playable game within a set time limit usually 24 or 48-hours. Very similar to the 24-hour comic jam that folks are doing across the country. Of course it helps to have a team that consists of all the skills you need to make a game. Like a programmer, an artist and sound designer. Even if you don’t have these it can be fun and there are all sorts of assets you can find online to help.

Regardless of the skill set, you give yourself and your team a time limit that must be held to. Whatever you get done in the time limit is what it is.  Hopefully you can get something playable but that isn’t really the point.

To me the real point is to allow the team to take risks. You need to do something. What you get done may not be good but so what. At the end of it all you have a chance to discuss what went right and what went wrong. Learning is paramount and you learn best when making mistakes. If you give your self too much time to think about what you want to achieve then you will become stuck in the ever-spiraling world of tweaking and then you will never complete it. At that point it will be harder to decide if what you were doing was worth the effort put in. So forge ahead and work within the restraints agreed to and do what you can to make something.

At this particular game jam we had 5 teams of about 4 people each and 4 teams were able to complete a playable prototype. This in itself was a huge achievement but more importantly we all learned from each other. Things like:

When making a concept try and find an idea that can be achievable within the time and skill set you have.

Create short milestones within your time period so that you have a chance to review what the team is doing. If the milestone is early enough you can decide collectively if the direction needs to be changed.

Don’t be afraid to take risks. You need to try things to see if they work. If they don’t then re-think the problem, try a different angle.

Don’t get caught up in the details early on. You don’t have time to polish right away. Get the framework in place and if you have time add the sparkle. This will allow you to focus on what really matters. In the case of a game is it challenging? Is it fun to play? Is it balanced?

I think that it would be amazing to do this same experiment for a short cartoon. I know that trying to animate something in a 2-day window would be nuts but what about story boarding? A team could create a bare script, board it and even to a rough animatic with some basic audio in that time frame.

Who knows someone might even come up with the next Sponge Bob that everyone is looking for?

The secret to rapid prototyping is that it allows you to fail faster without spending a huge amount of time and money on an untested idea. It also allows your subconscious mind to be more in charge of what you are doing. After all what we love doing is the stuff of dreams right?

Make your dreams a reality. Just do it.