Cat in the Hat premiere, tomorrow on Treehouse at 5:30 pm 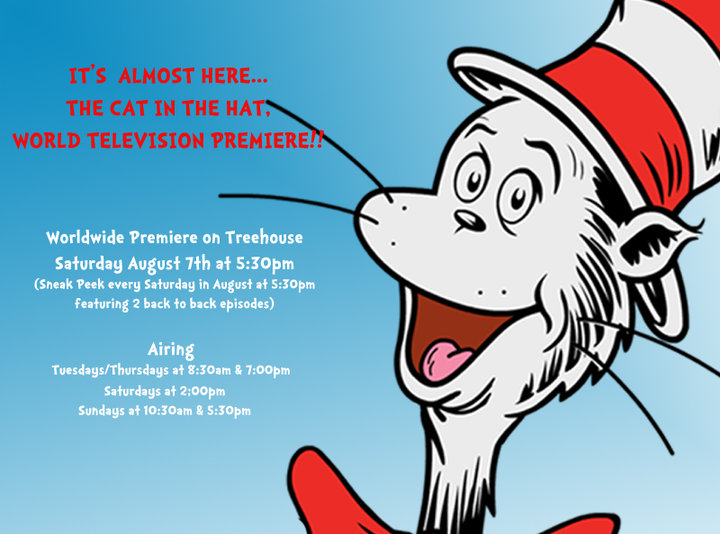 knows a Lot About That animated series.  What the article doesn’t mention, is that this series is being produced here in Canada through Toronto’s Portfolio Entertainment, and the production work is being handled in Ottawa, at PIP Animation.  I was lucky enough to catch a glimpse of the work being done at PIP, and the crew was really pushing to nail that distinctive Seussian look.

Dave Fortier, who runs the production studio at PIP, is clearly excited by the premiere and has rav

ed about pretty much every aspect of the series to me.  He praises the crew at PIP, the voicework of Martin Short, who, he says, “really becomes the Cat” and that the actor “has been able to create a new voice for Cat that does not sound like any of his other characters. If you didn’t know it was him, you probably would not have connected him to Cat.”

From the sound of things, this is one of those productions where there’s been a real synergy between clients, producers and crew.

Dave also sent along some links the other day to an opening and some promos that are on YouTube, so here’s a look at the show and big congratulations to everyone involved.