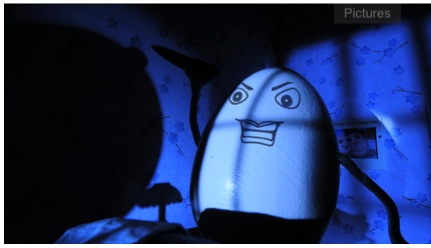 “It’s a scrambled story of love and heartbreak, as a woman starts to fantasize about a second chance with her boyfriend after a forgotten refrigerated gift leaves her picturing them as a couple of eggs.”

Director’s Bio (from their website):
Born out of a do-it-yourself ethic, a love of filmmaking, and a drive to keep getting better by getting shit done, Get Set Films is a rigorous and ambitious company bent on showcasing Newfoundland talent while telling stories that strike a universal chord. With a solid background in short film and several features on the horizon, Get Set’s sensibilities focus on character, performance and script, striving for honesty and impact in every film they make.