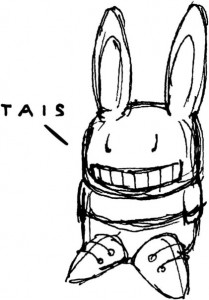 Eleven in Motion: Abstract Expressions in Animation, exhibit of Painters
Eleven art with eleven animated works inspired by the group.

Toronto, ON September 7, 2010 ­ The Robert McLaughlin Gallery, in
conjunction with the Toronto Animated Image Society, is pleased to present
ELEVEN IN MOTION: Abstract Expressions in Animation, an exhibition that
brings together two forms of art production by two generations of artists;
abstract paintings by Painters Eleven from the 1950s and experimental
animations by eleven contemporary animators from across Canada.

The opening of the exhibit also marks the launch of a DVD project that
includes all eleven animations, as well as a booklet containing essays,
interviews and images of Painters Eleven artwork.  Bonus material includes
essays by Linda Jansma, Curator at The Robert McLaughlin Gallery and Chris
Gehman, co-editor of The Sharpest Point: Animation at the End of Cinema
Cinema (YYZ Books, 2005), as well as an interview with Dennis Reid, outgoing
Chief Curator, Research at The Art Gallery of Ontario.  The DVD is available
for purchase from the Canadian Filmmakers Distribution Centre (CFMDC) and
from the gift shop at The Robert McLaughlin Gallery.

The Painters Eleven were a group of groundbreaking abstract painters who
joined together in Ontario in the early 1950s to provide support to one
another in bringing abstract art to the forefront in Canada.  The group is
of particular importance to the history of The Robert McLaughlin Gallery as
founding Painters Eleven member, Alexandra Luke, and her husband, E.R.S.
McLaughlin, offered major financial support and the donation of works from
their collection to the creation of The Robert McLaughlin Gallery.  Painters
Eleven consisted of Jack Bush, Oscar Cahén, Tom Hodgson, Alexandra Luke,
Jock Macdonald, Ray Mead, Kazuo Nakamura, William Ronald, Harold Town and
Walter Yarwood.

Eleven in Motion is curated by Madi Piller.

This program was created with financial assistance from the Canada Council
for the Arts and the Petman Foundation.

About Toronto Animated Image Society (TAIS):  TAIS is a non-profit
artist-run centre committed to exploring and promoting the art of animation
and supporting animators as artists. Founded in 1984, TAIS continues to
encourage the exchange of information, facilities, ideas and aesthetics
within Toronto’s animation community through lectures, screenings,
workshops, art exhibitions, and by providing affordable access to a
specialized animation studio.  The TAIS membership is made up of independent
and professional animators, educators, enthusiasts and artists. TAIS is
supported by its members and patrons, the Canada Council for the Arts, the
Ontario Arts Council, and the Toronto Arts Council.

About The Robert McLaughlin Gallery (RMG):  When The Robert McLaughlin
Gallery was founded in 1967 the mandate stressed collection, preservation,
and conservation of fine art, particularly Canadian, as well as exhibition
of collection and interpretation through educational programming. The
Gallery’s founders ensured that The Gallery’s resources be available for
research, and that the Gallery’s mission serve the educational,
intellectual, and aesthetic needs of the community both locally and
nationally. In the early years the mandate was strengthened by focusing on
contemporary visual art within the context of Canadian modern art,
especially Painters Eleven.