press release: Atomic Cartoons in development on Pirate Express, a co-production with Ellipsanime 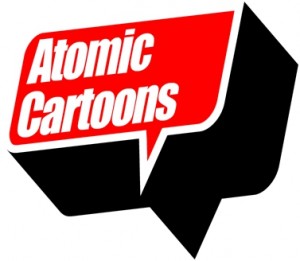 Atomic Cartoons is pleased to announce the commencement of development on Pirate Express with TELETOON Canada. Pirate Express, (52 X 11) a comedy for kids 7 – 11, is a co-production with France’s Ellipsanime.

“When Boris Guilloteau and Alexis Leveillé presented us with this original concept, we fell for the engaging characters, the wacky story and the freshness of the design. We are ready to embark with this scurvy Pirate team on a new adventure and we are very happy to have Atomic’s talented team join us” says Robert Rea, CEO Ellipsanime.

“We were thrilled to have Ellipsanime approach us with this fantastic concept and equally elated to have been given the thumbs-up for development by TELETOON. We are really looking forward to developing this for series.” Says Rob Davies, VP of Development at Atomic Cartoons. 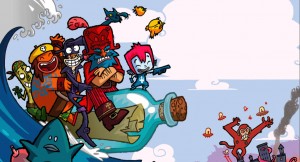 Pirate Express is about an adventurous 12-year-old Atlantean boy named Newt who has been given the challenging task of leading a motley crew of unruly pirates on bizarre voyages. Newt captains the pirate vessel, Fancy Pants, much to the chagrin of the original captain, Henri LaFailurette, who must reluctantly still accompany the team on missions. Newt is the son of the almighty Poseidon who has given the pirates the job of supporting his youngest son on these journeys. Should the pirates fail, they will be sent back to exile on a ship in a bottle for all eternity.

Devoted to producing high quality programming, Ellipsanime is one of today’s leading names in animation production. Based in Paris, and part of the MEDIA PARTICIPATION group, Ellispanime’s most recent titles include THE GARFIELD SHOW, YUMMY TOONIES, and QUIZ TIME.