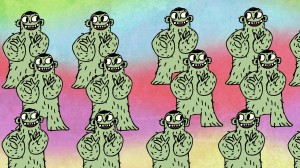 Share popped up on his blog the other day.  It’s a music video (we seem to be seeing a lot of those lately) for Renee and Jeremy, singer/songwriters who, together, make “kids music for people of all ages”.  They’re not Canadian, but we won’t hold it against them.

Jon directed me to another film he completed recently, I’ll post that next.