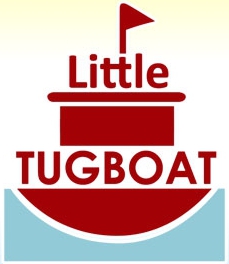 The first-ever Little Tugboat Academy is set to take place at Toronto’s Cuppa Coffee Studios, July 8-10.  The intensive three-day course, “How to Make A Great Preschool Series,” is designed for both professionals and beginners who want to learn what it takes to make and sell successful preschool television content in Canada and throughout the world.  The announcement was made today by Brenda Nietupski, President and Director, Little Tugboat.

During the Little Tugboat Academy, participants will learn the fundamentals of creating a preschool series from pitching through writing, character design, directing and producing both live-action and animated shows.  Other topics will include, licensing, business affairs, distribution, and transmedia.  The courses are led by a team of accomplished preschool TV veterans.

“The Little Tugboat Academy is a one of a kind opportunity for anyone in Canada or beyond who is interested in creating quality preschool television,” said Nietupski.  “We have assembled an all-star team of professionals who will be sharing their perspective, knowledge and wisdom.”

Cuppa Coffee Studios is located at 53 Ontario St., in Toronto.  For more information and application forms, please contact Tone Thyne at 212-965-8999 or tone@littleairplane.com and Brenda Nietupski at 416-654-4720 or brenda@littletugboat.com.