Checking in with Kevin Parry 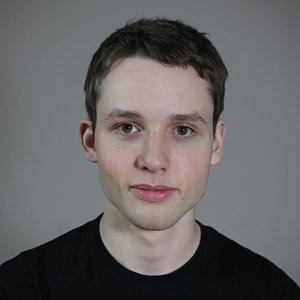 I’ve been meaning to post this chat I shared with Kevin Parry.  It’s been a busy year for Kevin, with a lot of well-deserved attention from his first film, the Arctic Circle, and the release of a new film, a music video he directed with the help of a few friends.  I though it would be a good idea to check in.

The Arctic Circle from Kevin Parry on Vimeo.

MV: You’ve had quite a year!  Last time we spoke you were getting ready to get onstage in front of Tim Burton, that must have been a bit of a trip.

KP:  Yeah!  I’ve had a bit of a busy year you could say.  The Tim Burton thing was a neat experience for sure.  What’d you think of the clip?

MV: It was great.  Tim didn’t have much constructive criticism though, but it looked like a very cool experience.

KP: Yeah he was being a nice guy and didn’t say anything negative the whole time.  It gave a really positive vibe for the audience though, which was mostly high school students.

Tim Burton on The Arctic Circle and Stop-Motion Animation from Kevin Parry on Vimeo.

MV: Cool.  Maybe you can catch us up a bit.  You got out of Sheridan last year, with a film under your belt (Arctic Circle) and an award to your name.  From there you went to Guru, right?

KP:  Yes, I started at Guru about a month after grad, and just finished up at the end of April.

MV: What did you get hired to do? 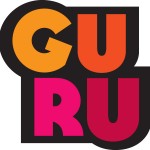 KP: I was an animator (cg) on their first in-house production.

MV: Had you had much CG experience?

KP:  Not really, no.  I had spent a summer a couple years ago working through some tutorials, so I knew my way around the main buttons and keys of Maya, but that was about it.  The guys at Guru know that Maya’s just a software.

MV: So you had some time to ramp up and get comfortable?

KP: Yeah, I spent a bit of time playing around in Maya before I started, so that I didn’t look like a fool.  Then when I started working, they let me play around with the characters for a week or two, and gave me some tasks to do that would ramp me up to being able to handle a full quota.

I joined the team a bit late, so for the first while I just helped out with small shots and fixes and stuff.

MV: How did you find working on a series?

KP: I absolutely loved it.  I’m sure different studios and different series would give a different experience, but I had a blast on this show.  I’m happy that my first gig was in TV because it gave me more than enough footage to have to turn out that I could get a ton of experience.

There was also a great vibe at Guru, and I think everyone was putting a little bit of extra love into the show, being their first in-house show and all.

MV: What was the show?

KP: It’s called Justin Time.  I probably shouldn’t say anything specific about the show, but Google can show you everything you need to know, haha.

MV:  But that’s not all you were doing with your time, Arctic Circle was doing the festival circuit.  Can you describe that process a bit?

KP:  Yeah, The Arctic Circle is kind of trickling out of the festival circuit now, about a year later.  I’m not entirely sure how much success or exposure festivals have brought me, but one thing’s for sure, it wasn’t the greatest of investments.

KP:  I guess there’s some prestige that comes along in playing in larger festivals, but overall I’ve really just lost money submitting my film to them.  When I graduated I took the shotgun approach and sent my film off to as many festivals as I could, but looking back, I probably should have picked only a few.

MV: Where did it screen?

KP: It’s screened at maybe twenty or so festivals.  As an example, it’s played at festivals like the Atlantic, Calgary, and Canadian International fests.  Which is fantastic, but I don’t really think, as a recent grad, it really benefitted me at all.  I think that’s more of a professional market.  I found it way better to go for the niche festivals.  I attended the Montreal Stop-Mo fest, and got to meet a ton of great people, including Barry Purves.  I got to chat with him after the screening and get his input, talk about his process and projects, etc.

I guess my point is for me, the internet was a much better market than large festivals.

MV:  But you held off a bit as far as releasing to the internet, due to festival regulations, right?

KP: I think for a little while I had it password protected, but then I realized there was no point in doing that.  I encourage all grads to get their films online as quick as possible.

MV: I keep hearing that more and more.  Festivals don’t seem to have the same kind of attraction anymore.  Would you consider them a niche?

KP: I think more increasingly, yes.  People need to have a solid interest these days to get out and check out festival screenings, especially when video is so accessible online.  Unless you’re a fan of a particular filmmaker, medium, etc. there’s not too much motivation for the average person to plan out and pay to attend a festival.

MV: Did you pick up any awards?

KP: I was part of the Rising Star Awards screening for the Canadian International Film Fest, where a handful of us got the award.  But the festival was over a weekend while I was working, so I couldn’t go.  It’s an honour to get the award, but I was so disconnected from the whole thing it’s like it didn’t even happen.

MV: But I guess the film has really worked for you as a calling card

KP: Oh for sure.  Every opportunity I’ve since graduating has come from showing my film and not a demo reel or any other piece of work I’ve done.

MV: THANK YOU FOR SAYING THAT!

MV: …and you managed to make another film in the meantime as well

KP: Yeah!  A couple friends and I just finished a music video

MV: How did that come about?

KP: Well, I’m friends with the band from back home, and they had a new album coming out.  I had talked about doing a music video before, and it seemed like a good time to actually tackle it.  I eventually wanted to steer back into stop-motion, so I figured I’d produce a music video to keep my portfolio fresh.

KP:  Hahaha, yes, I learned this lesson. There was a huge difference between what I thought the workload would be, and what it actually turned out to be.

MV: You must’ve had to make a bit of an investment (equipment, time).  How did this differ from producing Arctic Circle?

KP:  The big difference was lack of puppets.  I knew I couldn’t handle a three minute film with puppets in my spare time so we decided to do hand drawn stuff printed on paper cutouts. That’s where my friends came in, they handled all the design/animation of the flash stuff., which let me focus on the technical rotation/replacement stuff.

Also, no real story.  We just had fun with the history of the world and didn’t need to focus on any real narrative challenges.

MV: How was working in collaboration?  Arctic Circle was more of a one man show, right?

KP: Yeah The Arctic Circle was just me and my mentor (and feedback from friends), whereas the music video, there were four of us.  That was a good learning experience for me, being the director.  When we would meet up, I had to kind of step out of my typical wallflower personality and steer the meeting and make some more assertive decisions.

It was fantastic though, I really respect the work of the people I was working with, so I knew everything was in good hands.

MV: Who did you work with?

MV: (good to throw them a plug) Where did you film?

KP: The whole video was shot in my bedroom, haha.  And the robot was a bit larger, so we shot that in the living room.

MV: The robot was cool.  All your own equipment?

KP: Yeah, I bought a Canon T2i and Dragon Stop-Motion as a present for graduating.  And for the purpose of the video and future endeavours, I bought a lighting kit that came with two 500w softboxes, stands, and a huge green screen.

MV: Wow.  I guess it pays to reinvest in your work.

KP:  Oh for sure.  I also had to buy a couple of stands and grip heads for the rotating ball rig.  There are just some things you can’t cheap out on, haha.  I knew if I wanted to keep my sanity, I needed a professional rig for that thing.

MV: You’re a busy guy: day job, music video… How do you swing a personal life?

KP: I’m working on that, haha.  Now that I’ve finished up the music video I’ve sworn off side projects for a while.  Need to find that work/life balance!

KP: Yeah I finished up at Guru late April, finished up the music video of the last few weeks, and I’ve just moved all my stuff back to my parents place here in Sault Ste. Marie, where I’m waiting to head out to my next gig.  I can’t talk about that really, but let’s just say I’ll be getting back into stop-motion.

MV:  Nice tease.  You’ve had a big year: two solid films under your belt, a nice chunk of professional experience, and a big new secret opportunity.  What kind of advice can you offer to this year’s grads?

KP:  Yeah it’s definitely been a busy year, I seem to have incredible luck on my side.  I think the best advice I can give is to just act on your goals.  If you want your career to head in a certain direction, do whatever it takes to make it happen.  That, and if you’re going to do something, do it right.  Laziness and shortcuts are usually fairly apparent.

MV: Well, it seems to be paying off for you.

MV: Have your long term goals shifted at all with a year’s experience under you belt?

You were pretty open in your approach as I recall, not looking at animation as necessarily the thing for you.  But it seems to have clicked.

KP: Yeah I’m definitely focusing on animation now as my long term goal.  I really enjoy it and it seems to be working out for me.

Thanks to Kevin for taking some time to share, and best of luck in the latest chapter of his work adventure.