John Celestri has a blog 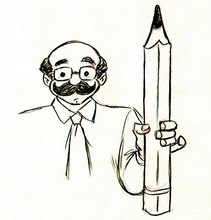 School is in session. John Celestri has, thankfully, started a thought-provoking blog on animation and classical techniques. I’ve heard of this guy for YEARS, but never got to talk to him. Now you can, too!

“John Celestri started his animation career in his native New York City (working on the Richard Williams’ feature film “Raggedy Ann & Andy”, among other things)  then spent several years at the Nelvana studio in Toronto as a supervising animator on Nelvana’s ambitious first feature film , “Rock & Rule”, as well  the Nelvana television specials  such as “The Devil and Daniel Mouse”,  “Intergalactic Thanksgiving” , “Easter Fever” (which he was also a Sequence Director on) , among others. After a long stretch in the Hollywood animation industry John moved back east to work as a freelancer from his home studio.  He and his wife Cathie have also teamed up to write a series of mystery novels.   Currently John is the Directing Animator and VP of Grace Animation Studios in Danville, Kentucky .”

Celestri has made a lasting impression on a generation of Toronto-based professionals. Check out these extremes from the Zellers Batman commercials we had posted on this site months ago. Solid examples of designing drawings for motion and tweaking the model to emphasize the movement: 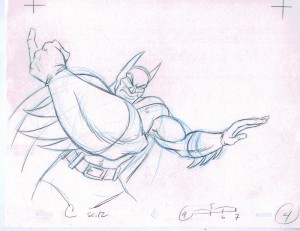 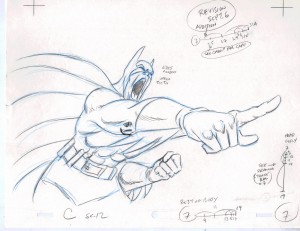 As John points out on his blog, here’s the result:

Even better, check out the conditions under which he animated on this. No lightbox, no penciltest, on 8.5 x 11 photocopy paper. Pretty sweet skillset there.

Scurry on over there to learn some old school tricks to impress your Flash/Harmony-based animation director and get a raise!