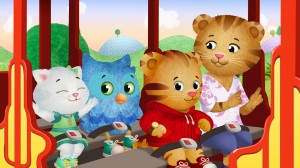 Numb Chucks (52×11′) is a comedy about two half-witted woodchuck vigilantes, Dilweed and Fungus, who use their non-existent kung-fu skills to protect the citizens of Ding-a-Ling Springs, whether they need it or not.

The Super Dupers (52×11′) follows the escapades of 12-year-old twins, Danny and Daisy, as they discover they might not have the greatest superpowers ever, but they still know how to have super-size fun.

Daniel Tiger’s Neighborhood (40×22′ or 80×11′) is based on the longest-running children’s program on American television Mister Roger’s Neighborhood. This all-new animated preschool series features Daniel, a shy but brave 4-year-old tiger who lives in the magical Neighborhood of Make Believe and learns key skills necessary for school and life.

Ben’s City (13×22′) is a new prime-time animated sitcom from French celebrity comedian François Pérusse featuring a crew of odd-ball characters living in a large cosmopolitan city. Ben’s life seems pretty ordinary, but in reality it’s the complete opposite. Pérusse uses the pretext of everyday life to create extreme parody as his characters careen from one bizarre adventure to another.

Almost Naked Animals (40×22′ or 80×11′) The Banana Cabana is a beachfront resort, home to mayhem and all around fun, run by a bunch of free-spirited underwear-clad, accident-prone animals led by Howie, a hospitality-challenged canine manager. 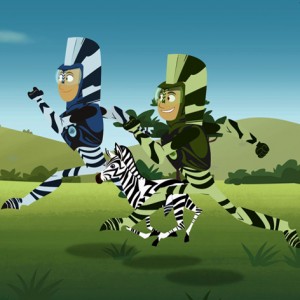 zoologists, and creators of the hit shows Kratts’ Creatures and Zoboomafoo, as they travel the world to meet amazing new animals and use their fantastic Creature Powers Suits to rescue their animal friends.

9 Story Entertainment is one of the industry’s leading developers, producers and distributors of award-winning animated and live-action content for young audiences around the world.  With an animation studio based in Toronto, 9 Story has over 150 creative and production staff and has produced over 500 half hours of quality children’s and family programming seen on some of the most respected children’s channels around the world across multiple platforms.  The company’s distribution arm 9 Story Enterprises represents a growing catalogue which includes several beloved brands such as Peep and the Big Wide World, Wibbly Pig, Harriet the Spy: Blog Wars and Wild Kratts in addition to innovative new series such as Almost Naked Animals and Survive This. Their much-anticipated new shows include the delightful Daniel Tiger’s Neighborhood. www.9story.com