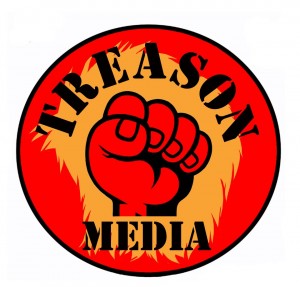 Aron Dunn launches his new Canadian independent prodco Treason Media with a deal with fellow Canadian indie Hop To It Productions to develop “Lucas Rocks!”, a live action comedy series for kids 8 to 12.
Susan Nation, President of Hop To It says “ We are delighted to have the opportunity to work with Aron and his new company Treason Media. He is an incredibly talented storyteller who really knows how to make kids laugh. He also brings a strong understanding of the development process and the players in the kids market to the table. Developing this project with Aron
rocks! ”
Aron Dunn of Treason Media says “Susan is a wonderful creative partner with her finger on the pulse of youth and a great sense of the market. Character driven comedy with funny, physical set pieces is my specialty and “Lucas Rocks” has a deep vein of comedy to mine.  I’m thrilled to launch Treason Media with such a wonderful collaboration.”
Susan and Aron will both be at Kidscreen Summit next week exploring further partnerships.

“Lucas Rocks”
Life changes forever for Lucas, a shy twelve-year-old who prefers collecting rocks to rocking out with friends, after he finds a mischievous spirit hiding in a chunk of quartz he brought back to Canada from the Australian Outback.  This spirit is determined to rock Lucas’ world by setting off absurdly chaotic chain reactions that force him out of his
shell with hilarious consequences.  Talk about being stuck between a rock and a hard place.

Treason Media   www.treasonmedia.ca
Treason Media is a full-service content creation company focused on comedy for kids and kids at heart.  Founded in 2011 by industry vet Aron Dunn to develop creator-driven projects, Treason’s mission is to turn words into laughter, stories into memories, characters into icons and visions into reality.  Every revolution starts with an act of treason.

Hop To It Productions      www.hoptoitproductions.com
Hop To It is an independent entertainment company based in Toronto, Canada. It was formed in 2006 by digital pioneers Susan Nation, Nina Beveridge and Paul Hart to create and market innovative, relevant multi-platform content,
with a focus on kids.