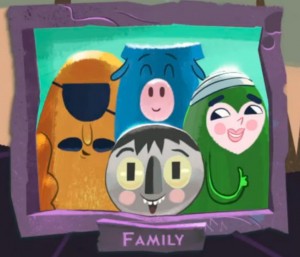 I’ve been keeping this one under my hat for a while, but I couldn’t be happier to finally share it with you guys!  It’s the Myth of Robo Wonder Kid, by Halifax animator Joel Mackenzie (along with some other very familiar names).  The song is PUSH, by Rich Aucoin, who does a bananas live show and has been touring like a madman.  Rich’s last video, for the song IT, has racked up around 95 thousand views, and that was without the help of the animation fan.  So let’s see what we can do to give this jungle some cartoon juice!

The film itself has some real charm, and I think Joel has captured something entertaining and genuine, while bringing a fresh take to the art of Cartoon.

We’ll be talking to Joel over the next few days, so if anyone has any questions for him, send them my way.