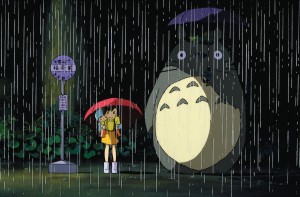 Spirited Away: The Films of Studio Ghibli
March 10 – April 13 at TIFF Bell Lightbox
Often referred to as the Disney of Japan, Studio Ghibli has created some of the most wondrous and groundbreaking animated films in the history of cinema. Discover (or re-discover) such classics as Princess Mononoke, Spirited Away, My Neighbor Totoro and many others in this fifteen-film retrospective.
For tickets and full film lineup, visit tiff.net/ghibli