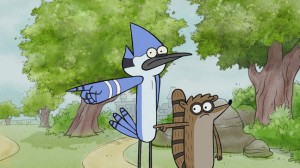 “TELETOON Canada has been bringing Canadian audiences the best in animated and animation-related entertainment for 15 years and we’re just about to make that offering for youth, families and young adults in Canada even bigger with Cartoon Network and Adult Swim,” said Carole Bonneau, Vice-President, Programming, TELETOON Canada Inc. “Our Cartoon Network and Adult Swim schedules are jam-packed with signature shows that will win the respect of animation and comedy aficionados north of the border.”

Among other new and exciting shows, the channel will feature Cartoon Network hits Amazing World of Gumball, Regular Show and Level Up as well as Adult Swim favourites Tim and Eric Awesome Show, Great Job!, The Venture Bros. and Aqua Teen Hunger Force.

Highlights of the daytime, primetime and late night launch schedule include:

Regular Show
Premieres Wednesday, July 4 at 8 p.m. ET/PT
Airs Monday to Thursday at 8 p.m. ET/PT and Sundays at 10 a.m., 10:30 a.m.
Best friends Mordecai (a six-foot-tall blue jay) and Rigby (a hyperactive raccoon) try to avoid any actual labour during their workdays at a park owned by Pops, a humanoid-looking lollipop.

Level Up
Premieres Saturday, July 7 at 7:30 p.m. ET/PT
Airs Saturdays at 8:30 p.m. ET/PT and Sundays at 11 a.m., 11:30 a.m.
This half-hour comedy series turns the game on the player when four unlikely friends – Wyatt, Dante, Lyle and Angie – accidentally open a portal from the virtual world to the real world, wreaking havoc on their entire neighbourhood.

The Amazing World of Gumball
Premieres Sunday, July 8 at 9:30 a.m. ET/PT
Airs Mondays at 7:30 p.m. ET/PT and Sundays at 9:30 a.m., 12:30 p.m. ET/PT
Gumball, a blue cat with a giant head, faces the trials and tribulations of any 12-year-old: like being chased by a rampaging T-Rex, having a robot steal his identity or dressing as a cheerleader to impress the girl of his dreams.

The Venture Bros.
Premieres Wednesday July 4 at 9:30 p.m. ET/PT
Airs Monday to Friday at 9:30 p.m. ET/PT
In this spoof of 1960s cartoons such as Jonny Quest and boys’ adventure novels like the Tom Swift and Hardy Boys series, the Venture brothers – Hank and Dean – travel around the world with their renowned scientist father, Doctor Venture. Fraternal twins Hank and Dean are total idiots who think, act and talk like they’re in the ’60s, even though they’re 21st-century teenagers.

Aqua Teen Hunger Force
Premieres Wednesday, July 4 at 10:30 p.m. ET/PT
Airs Monday to Friday at 10:30 p.m. ET/PT and Sundays at 10:30 p.m. ET/PT
Three unique detectives, the Aqua Teen Hunger Force, share a rental house in New Jersey. This mystery-solving trio is comprised of human-sized food products: Master Shake, the big-mouthed, self-appointed team leader with a short attention span and no work ethic; Frylock, the only reasonable member of the group, who happens to be a box of French-fried potatoes; and Meatwad, a talented round mound of meat who can take the shape of a hot dog or an igloo. Together, this triple threat tackles unusual cases from the luxury of a neighbor’s swimming pool – unless they’re confronted by danger. Then, of course, the three run as fast as they can.

Squidbillies
Premieres Saturday, July 7 at 9:30 p.m. ET/PT
Airs Saturdays and Sundays at 9:30 p.m. ET/PT
A family of inbred squids tears up the North Georgia Mountains. It’s not all drinking, brawling and reckless gunplay. Occasionally they use crossbows. There’s also hate, love, sex, a multinational drywall conglomerate, the penal system and a deep-seated mistrust of authority and all things different.

Information regarding Cartoon Network and Adult Swim programming is available at teletoonmedia.com. 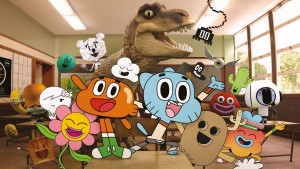