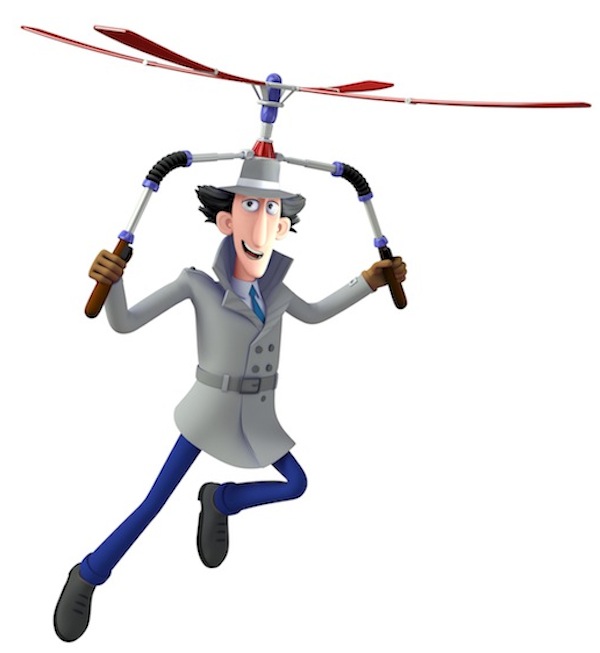 TELETOON Canada announces two new original series, Inspector Gadget and Pirate Express, as well as the renewal of four others

“TELETOON Canada has developed a reputation for consistently delivering high quality original programming that not only strikes a chord with Canadian audiences, but sees remarkable success on an international scale, and this year is no exception,” said Alan Gregg, Director, Original Content, TELETOON Canada Inc. “We are extremely proud of the new and returning shows we have developed in collaboration with our talented production partners, and are very excited to bring them to the screen.”

Recognized worldwide as a leader in the kids TV and animation industries, TELETOON has a track record of developing homegrown Canadian series that are massively successful at home and abroad. Since its inception in 1997, TELETOON Canada Inc. has invested over $290 million in the creation, development and production of Canadian content and takes great pride in the international successes of its original programs. Some recent examples include the sale of Rocket Monkeys to Nickelodeon’s global networks, Camp Lakebottom’s acquisition by Disney XD internationally and the continued success of the Total Drama franchise on Cartoon Network around the world.

MAD Agents, look out! Criminals, beware! Bystanders … take cover! Inspector Gadget is back to battle Dr. Claw with all-new gadgets – and all-new gadget-related chaos. But the loveable, bumbling, accidentally-destructive Inspector is not alone in the fight to take down MAD. His ever trusty police-dog, Brain, is still by his side and he’s getting extra crime-fighting help from his new partner, Inspector-in-training Penny. With MAD more powerful than ever and with the arrival of Dr. Claw’s evil-genius (and totally crush-worthy) nephew, Penny and Brain will need to use every ounce of their training to keep the world safe from Dr. Claw … and Gadget.

Newt, the son of almighty Poseidon, is an adventurous, 12-year-old Atlantean boy. As captain of The Pirate Express, Newt leads a motley crew of unruly pirates on bizarre voyages, much to the chagrin of the original captain, Henri De LaPoutine, who must reluctantly accompany the team on missions despite his demotion. It’s a high stakes game for Newt and his crew, because should the pirates fail, they will be exiled to a ship in a bottle for all eternity.

When battling rogue black holes, vengeful aliens, criminal masterminds and rifts in the evil dimension, the universe turns to its bravest and brightest to save the day. When those guys are busy, the universe is stuck with the Rocket Monkeys. Inexplicably charged with carrying out all kinds of important missions, brothers Gus and Wally cause more intergalactic calamity than they could ever prevent. Luckily, they have plenty of help from YAY-OK, their dashing and devoted (if slightly outdated) robot. These monkeys may not have the brainpower of the Rocket Chickens or the guts of the Cosmosloths, but they do have a hunger for adventure. And by “adventure” we mostly mean “bananas.”

Nestled deep among the tall trees of Happy Meadows Park sits a seemingly run-of-the-mill tree stump. But this stump is far from normal. This stump has three lovable, oddball animal buddies living in it – Pickle the hyper-imaginative bunny, Merl the very particular, overly suspicious, but deeply loyal squirrel and Gull the dim-witted seagull. While they don’t often leave the safety of their home, ridiculous and dangerous things have a tendency of happening to them anyway, often in defiance of the laws of physics or reality. Whether it’s accidentally dismantling the time-space continuum while taking apart a puzzle, or ordering a vacation-in-a-box that turns out to be a full-sized waterpark full of raging rivers and rockslides, every day-to-day happening in the stump becomes a treacherous, over-the-top, squash-and-stretch adventure.

It’s an all-new season in an all-new location: Pahkitew Island. Given that the Cree word for “explode” is Pahkitew, it’s no wonder that host Chris McLean chose this new island to put a fresh collection of victims – er, contestants – through the most grueling challenges yet. Once again teen freaks, geeks, egos and cowards smash, crash and bash their way through the season with one goal in mind: winning that one million dollar prize. Who will take it home? No one knows until the final episode drops and the pain finally stops.

An action-comedy extravaganza, the Gemini-award-nominated series Johnny Test chronicles the adventures of a fearless 11-year-old boy, his genetically engineered super-dog Dukey and his 13-year-old super-genius scientist sisters Susan and Mary. Using Johnny as their guinea pig, Susan and Mary strive to solve the trials and tribulations of adolescent angst with out-of-this-world scientific experiments.