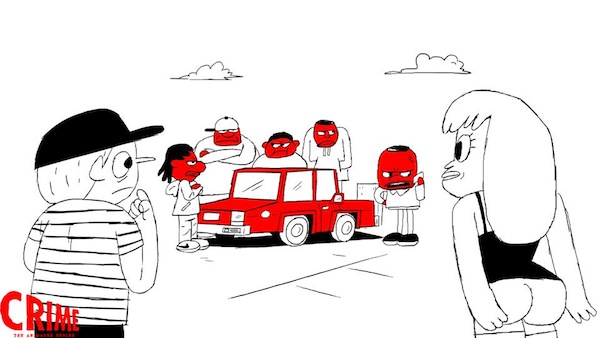 Style5’s been launching episodes of their CRIME webseries in a very timely fashion. The latest one just went up, and it’s my favourite of the bunch. Freddie Carrasco did a great job with it.

Marcus McGhee, a school teacher in Hartford Connecticut, tells the story of when his car was stolen and the police did not help him.

the animation is a combination of hand-drawn, pencil on paper, paint and digital paint and composite.