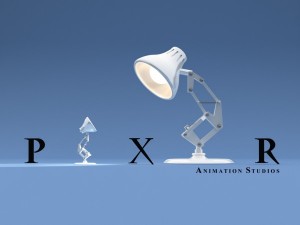 I had this from an anonymous tipster, and it’s apparently the worst kept secret on LA, but the story is breaking now. Apparently, in a move that is become a bit of a habit, Pixar has removed director Bob Peterson from their upcoming feature, the Good Dinosaur. There’s been no official word from Disney/Pixar yet, but according to the Blue Sky Disney blog: The producer and director of the film had been removed, but the film is not as of yet in turnaround. John Lasseter has reportedly taken Bob Peterson off the film, and is attempting to still meet the 2014 release date. From what I’ve been told, John Lasseter himself will direct.  He’s an amazing storyteller, so this bodes very well for the film itself, but the situation is troubling when we look at the pattern that has developed at Pixar. It seems the best way to get yourself fired is to be handed a feature.

Officially, the word, according to the Blue Sky Disney blog, is as follows: The producer and director of the film had been removed, but the film is not as of yet in turnaround. John Lasseter has reportedly taken Bob Peterson off the film, and is attempting to still meet the 2014 release date.

Previously, Lasseter jumped back into the director’s chair on Toy Story 2, and Brad bird replaced Jan Pinkava on Ratatouille. Lasseter also replaced Brad Lewis on Cars 2, with not so successful results.  Brenda Chapman was famously removed from Brave, and replaced with Mark Andrews.

Pete Sohn, who was listed as co-director with Peterson, has also been removed. I understand he’ll continue to work on the film, but in a reduced capacity. 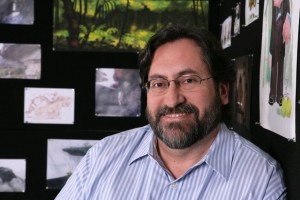 There’s a bunch of other rumours brewing about life under the Pixar roof, and they all seem connected to some kind of glass ceiling, or at least the perception thereof.

There are a couple of ways to look at this. Pixar’s core group of directors, with Lasseter chief among them, have been responsible for delivering some of the most critically acclaimed and financially successful animated features in the history of the medium. There’s no arguing that they know what they’re doing. And Pixar has grown, and they put out a lot more films than they used to. It’s altogether possible that the new guys coming up, though talented, skilled, and full of great ideas, just don’t have the chops yet to deliver on the kinds of films that Pixar usually puts their stamp of approval on. It’s quite possible these films get to a certain point and they truly need to be corralled and fixed and molded back into something that works.

It’s also possible that the old guard are becoming just that, and that they can’t give up the reigns on the films they’re producing.

Either way, with the volume of films being produced at other studios, people like Jan Pinkava and Bob Peterson have options. And maybe it’s just not enough to have that Pixar Business card anymore.