World premieres
Two NFB films will be making their world premiere at TIFF 2013: The End of Pinky

Claire Blanchet’s S3D film The End of Pinky revolves around three fallen angels―Johnny, Mia and Pinky―seeking companionship and humanity in the shadows of the red-light district, in a mythic, magically realized Montreal. But when one of Pinky’s endearing quirks sets off a tragicomic chain of events, Johnny plots revenge. Created with hand-drawn pencil and pastel animation, and rendered in stereoscopic 3D, The End of Pinky is based on a story by Heather O’Neill, who also narrates. It is directed, written and animated by Claire Blanchet and produced by Michael Fukushima for the NFB.

When Chuck’s wife spontaneously invites her co-workers home for dinner in Bruce Alcock’s Impromptu, this last-minute gathering seems to have all the makings of a disaster—but leads instead to a quiet epiphany about embracing the chaos of life’s rich pageant. Impromptu reminds us of the redemptive power of food, wine, music and love, as seen through the eyes of a modern man. The film was written by Ed Riche and Bruce Alcock, with Tina Ouellette as producer for Global Mechanic and Annette Clarke and Michael Fukushima as producers for the NFB. 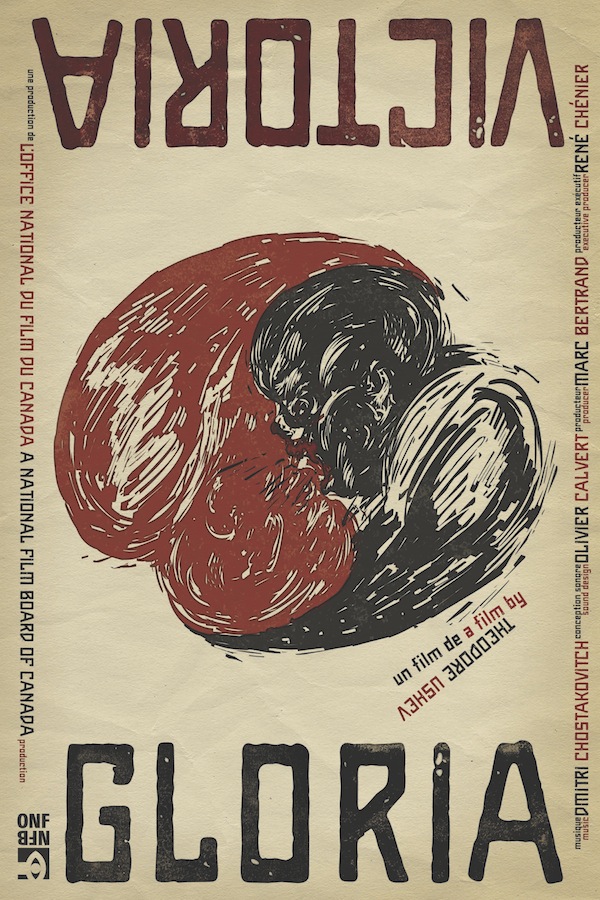 The final film in Theodore Ushev’s NFB trilogy on the relationship between art and power, Gloria Victoria unfolds on the still-smouldering rubble of a furious 20th century. From the Russian front to the Chinese Revolution, from Dresden to Guernica, Gloria Victoria combines elements of surrealism and cubism to orchestrate an explosive nightmare in the name of peace. Winner of the FIPRESCI Award at the Annecy International Animation Film Festival, Gloria Victoria is set to music from Shostakovich’s Leningrad Symphony, and joins Ushev’s previous works Drux Flux and Tower Bawher as an animated dialogue between music and images. The film is produced by Marc Bertrand for the NFB. 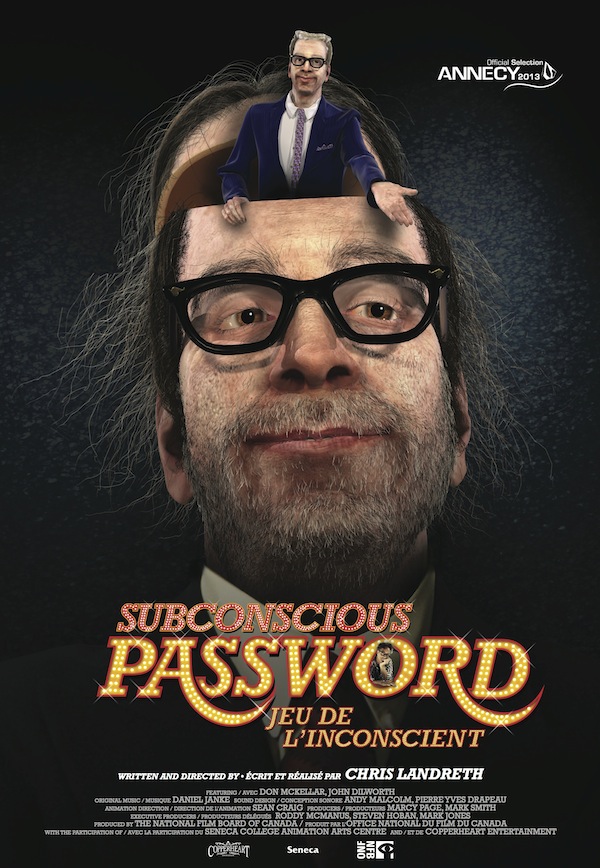 In the computer-animated S3D work Subconscious Password, Oscar-winning director Chris Landreth (Ryan) uses a common social gaffe—forgetting somebody’s name—as the starting point for a mind-bending romp through the unconscious. Inspired by the classic TV game show Password, the film features a wealth of animated celebrity guests who try (and try, and try) to prompt Charles, Landreth’s alter ego, to remember the name. Winner of the award for best short film at the Annecy International Animation Film Festival, Subconscious Password is produced by the NFB, with the participation of the Animation Arts Centre of Seneca College and Copperheart Entertainment. Marcy Page (NFB) and Mark Smith are the producers.

The National Film Board of Canada (NFB) produces groundbreaking animation at its studios in Montreal and at NFB centres across Canada, as well as via international co-productions with many of the world’s leading auteur animators. The NFB is a leader in developing new approaches to stereoscopic 3D animation and animated content for new platforms. The NFB has created over 13,000 productions and won over 5,000 awards, including 4 Canadian Screen Awards, 7 Webbys, 12 Oscars and more than 90 Genies. To access acclaimed NFB content, visit NFB.ca or download its apps for smartphones, tablets and connected TV.