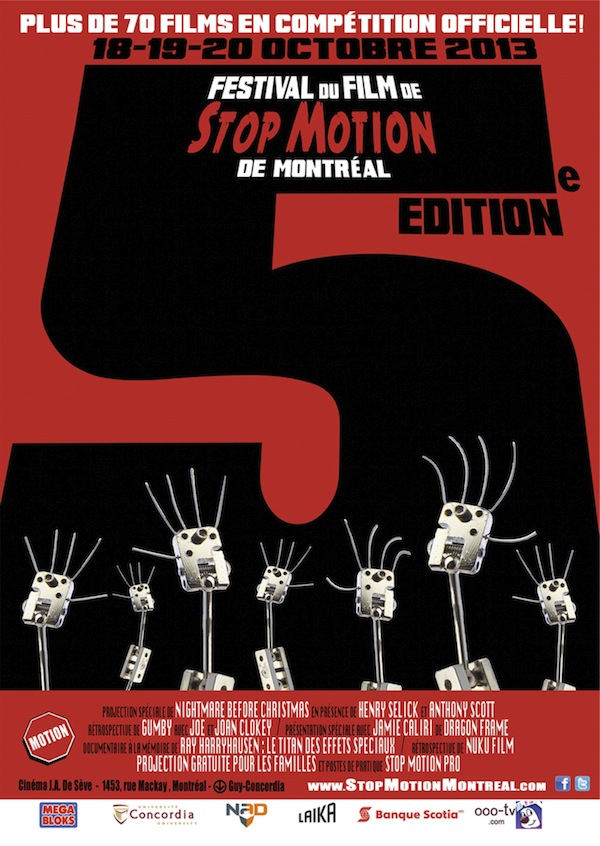 To celebrate the fifth anniversary of the first stop motion animation festival in the world, we will have over 70 films in official competition as well as a special 20th anniversary screening of The Nightmare Before Christmas, presented by the film’s director, Henry Selick. This edition wouldn’t be complete without a visit from Joe and Joan Clokey, owners of the celebrated studio that created Gumby, one of the world’s most famous stop motion characters. We will also have a workshop with Jamie Caliri, the mastermind behind the stop motion software Dragonframe!

With more screenings and guest speakers than ever before, including two free family screenings and hands-on stations for anyone and everyone to experiment with stop motion animation techniques, the Montreal Stop Motion Film Festival’s fifth edition promises to be the biggest and best yet.

The full lineup of this year’s edition will be announced on October 1st. For a taste of what’s to come, check out our latest demo reel at:

The Montreal Stop Motion Film Festival is open to artists and public alike and is an initiative of Erik H. Goulet, director of the festival and teacher in the Animation Department at Concordia University since 2001.