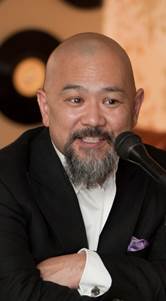 Montreal, November 4, 2013 – Michael Fukushima has been named Executive Producer of the National Film Board of Canada’s acclaimed English Program Animation Studio in Montreal.

Michael Fukushima has been making films since 1984. He first joined the NFB in 1990, directing the Hot Docs-award-winning animated documentary Minoru: Memory of Exile, and he became an NFB animation producer in 1997. Fukushima led the creation of the NFB’s flagship emerging filmmaker program, Hothouse, and his credits reflect an eclecticism and diversity, particularly evident in the abstract and edgier animation he has produced. Fukushima has worked hard to open up the genre to new creators, new audiences and new technologies, through interactive installations, mobile phones and urban stories.

“I have high regard for Michael’s considerable experience, his expert reflections on our animation history and his thoughtful, progressive ideas for the future,” said NFB English Program Director General Ravida Din, in making the announcement. “I believe his leadership will advance the NFB’s profile as a global leader in animation, and I’ve been especially impressed with Michael’s commitment to finding and encouraging creators and team members with diverse experiences. The Hothouse program-now in its ninth edition-is an NFB success story and a testament to his dedication to emerging creators.”

The NFB produces groundbreaking animation at its studios in Montreal and at NFB centres across Canada, as well as via international co-productions with many of the world’s leading auteur animators. The NFB is a leader in developing new approaches to stereoscopic 3D animation and animated content for new platforms. The NFB has created over 13,000 productions and won over 5,000 awards, including 4 Canadian Screen Awards, 7 Webbys, 12 Oscars and more than 90 Genies. To access acclaimed NFB content, visit www.nfb.ca or download its apps for smartphones, tablets and connected TV.