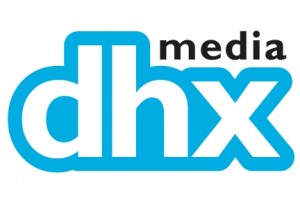 Today’s big news is DHX Media getting into the broadcast game. A press release is going around with the details, but the short form is that DHX Media, one of our big media companies here in Canada, has bought Family Channel, Disney XD and Disney Junior. This is a very smart move, on their part, as Corus is consolidating pretty much every other mainstream kids channel under their roof.

In the absolute simplest terms: DHX has production facilities in Vancouver (formerly Studio B) and Halifax (formerly Halifax Film). They produce content, on a large scale, they distribute content, on a large scale, and now they broadcast content, on a large scale. This means they’re no longer dependent on placing shows with the broadcasters they don’t own, so they’re pretty much a self contained entity who can trigger tax credits for themselves. There will be some restrictions on them, so there will still be some opportunities for small producers to sell shows. But for the most part, we’re now looking at Corus (Nlevana) and DHX(StudioB/Halifax Film) as the two primary spots to sell your cartoon.

The C$170m (US$160m) deal with former owner Bell Media includes both the English- and French-language feeds for Disney Junior.

The deal is expected to be financed with an expanded credit facility and cash, and is expected to close in 2014, pending approval by the Competition Bureau and the Canadian Radio-television & Telecommunications Commission (CRTC).

DHX described it as “the most-viewed children’s channel in Canada.” Family gets 60{f2e86ea6af82e2bb048871abf045622abf0ed27fb513932dc1ee8c05a54cbefd} of its content from Disney and is a Category A channel, meaning all Canadian cabsat platforms must carry it.

“The acquisition of these high-quality Canadian channels represents an exciting new addition to DHX, one that complements and enhances all areas of our business and positions us for our next stage of growth” said Michael Donovan, CEO of DHX Media.

“Broadcasting is a natural extension for the company,” added Steven DeNure, president and COO of DHX. “The acquisition of Family Channel further enhances our ability to operate as a vertically integrated player in the global children’s content business.”