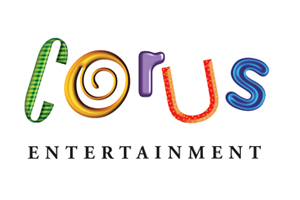 I’ve been waiting to hear about this, and it looks like it’s finally being announced. Apologies to Jeremy Dickson at Kidscreen for swiping the press release:

On the heels of its CRTC-approved US$233 million buy-out of the 50{f2e86ea6af82e2bb048871abf045622abf0ed27fb513932dc1ee8c05a54cbefd} stake in Teletoon Canada that it did not already own, Toronto’s Corus Entertainment has revealed a divisional restructure based on the programming schedules of YTV and Teletoon being managed separately.

As a result of the purchase, which includes licences for Teletoon, Télétoon, Teletoon Retro, Télétoon Rétro and Cartoon Network Canada, Teletoon now sits under the new Corus Kids vertical, headed up by VP of television Colin Bohm.

With YTV and Teletoon being managed separately under the new structure, Corus has implemented a system to ensure that programming and scheduling are complementary.

Over at Teletoon, director of content Alan Gregg also adds acquisitions to his responsibilities and now oversees all original content development and production for Teletoon and Teletoon Retro and their respective multiplatform services.

Bohm would not comment on how many Teletoon employees were let go as a result of the integration or additional specific names, but redundancies were made.

Regarding a CRTC stipulation requiring Corus to ensure that content from Teletoon, YTV and Treehouse not overlap by more than 10{f2e86ea6af82e2bb048871abf045622abf0ed27fb513932dc1ee8c05a54cbefd}, Bohm says the new separate programming teams reporting to Hamilton will manage this accordingly.

“We’re aware this is a conditional license, and it is something we’re monitoring very carefully to make sure we are compliant. The channels have been very successful as ones with distinct voices targeting different demos and dayparts throughout the week.”

“One of the obvious questions we heard in Ottawa was from the independent production community regarding concern that we’ll divert too much money to our own productions,” says Bohm.

“I think the CRTC, in its wisdom, put restrictions in place around the amount of production that we can buy from our own production company. Our intent is to manage this as carefully as we have and continue to rely on Canadian independent production to bring us great shows in English and French for all of our services. It is a good outcome and we are excited for the growth opportunities ahead.”