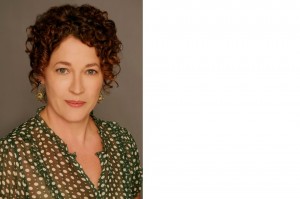 Montreal, February 3rd, 2014 – Youth Media Alliance (AMJ) is pleased to announce the appointment of a new member to its board of directors: Jamie Piekarz, Director of Original Programming, Corus Television, Corus Entertainment. She takes over from Jocelyn Hamilton, Vice-President, Programming and Original Productions, Corus Kids, Corus Entertainment.YMA sincerely thanks Ms. Hamilton for her contribution to the organization.

As Director of Original Programming, Jamie Piekarz has played an integral role in the creation, development and production of a variety of programs, such as Mike the Knight, Babar and the Adventures of Badou, My Friend Rabbit, 4 Square and Ask Me. Some of her production executive credits include Some Assembly Required, Mr. Young, How to Be Indie, My Big Big Friend, Toopy and Binoo, The Cat in the Hat Knows About That!, and Franklin. Since joining the Corus family, Ms. Piekarz has been involved with all aspects that touch original production for YTV and Treehouse, including marketing, live productions and digital media. As a graduate of the Master’s program in Educational Technology at Concordia University, Piekarz has a strong knowledge of how to reach young people effectively. Her experience as an educational consultant and evaluator of educational programs for schools nationwide has also given her an in-depth understanding of children’s education. Ms. Piekarz sits on the board of the CORPUS dance company, is co-chair of the Juno Awards’ “Best Children’s Album” steering committee, and regularly volunteers for international development projects overseas.

The Youth Media Alliance Board of Directors consists of the following members: