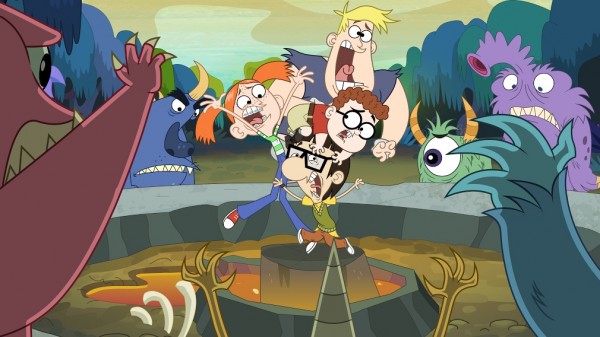 The 20 x half hour series is an animated comedy aimed at 6-11 year olds that tosses a group of nerdy kids on a fantastic uncharted island. The tween castaways must use nothing but their smarts to survive the relentless attacks by the island’s inhabitants – a tribe of hilarious and hideous monsters that are mistakenly threatened by their human invaders. Lucky for the nerds, these dim-witted monsters don’t have any smarts!

“We’re thrilled to finally unleash our Nerds and Monsters onto the world,” said Kathy Antonsen Rocchio, Co-creator and Partner at Slap Happy Cartoons. “And YTV is the perfect network for these ridiculous nerds and hysterical monsters to call home.” 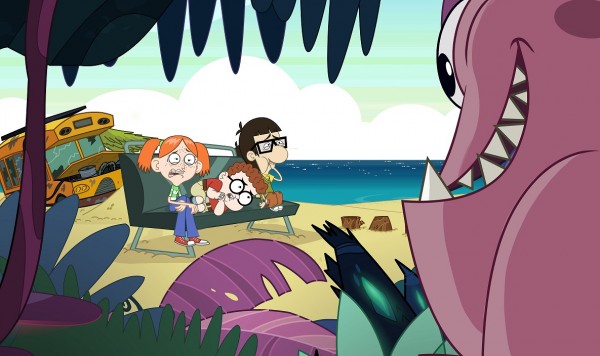 “Nerds and Monsters has a hilarious cast of characters that kids will get a chuckle out of” said Jocelyn Hamilton, Vice President, Programming and Original Productions, Corus Kids. “The series fits perfectly with YTV’s lineup of side-splitting animated comedies.”

The series will begin airing the following week in its regular timeslot, Wednesdays at 4:30 p.m. ET/PT on YTV.

Nerds and Monsters is distributed by 9 Story Entertainment.

9 Story Entertainment is one of the industry’s leading creators, producers and distributors of award-winning animated and live-action content for young audiences around the world.  With one of North America’s largest animation studios based in Toronto, 9 Story has over 200 creative and production staff, and has produced over 800 half hours of quality children’s and family programming, seen on some of the most respected children’s channels around the world across multiple platforms.  The company’s distribution arm 9 Story Enterprises represents a growing catalogue which includes several beloved brands such as Arthur, Wibbly Pig, Harriet the Spy: Blog Wars, Wild Kratts and Almost Naked Animals in addition to exciting new series such as Numb Chucks, Camp Lakebottom, Cache Craze, Daniel Tiger’s Neighbourhood and Nerds and Monsters. The company recently acquired CCI Kids, the family content division of CCI Entertainment, increasing 9 Story’s portfolio to over 1500 half hours of content with popular shows such as Guess How Much I Love You, Joe & Jack, Artzooka! and Extreme Babysitting. www.9story.com