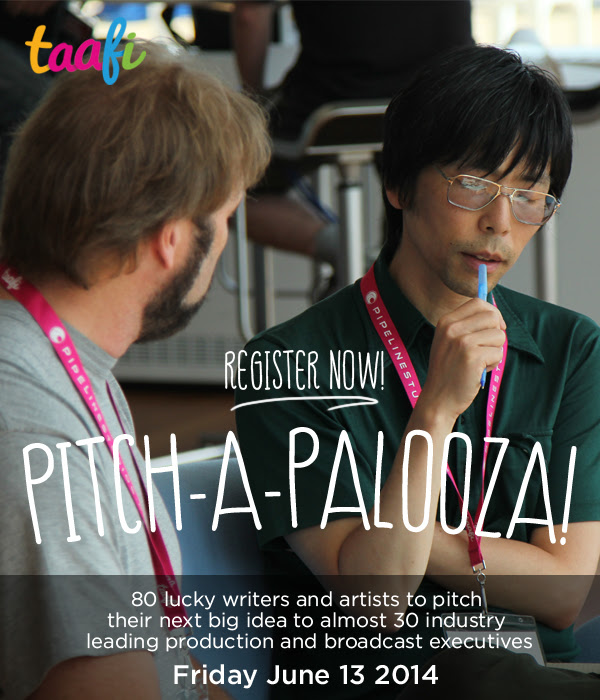 Now in its second year, Pitch-A-Palooza at Toronto’s animation fest will welcome 80 lucky writers and artists to pitch their next big idea to almost 30 industry leading production and broadcast executives on Friday, June 13, 2014, Corus Quay (25 Dockside Dr, Toronto).  This ‘speed pitching’ event puts you up front and center with at least three established broadcast and production development executives eager to hear your big animation idea!

Ticket price includes the PitchLab series every Tuesday from May 27 until June 11, facilitated by  Aron Dunn, Executive Producer for Treason Media. PitchLabs gets you all the hottest tips and tricks to help you hone your pitch well in advance of the big day.

…with more names to come!