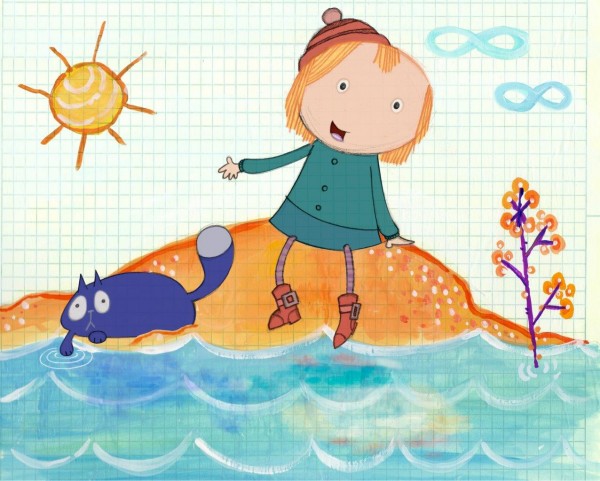 The series follows an adorable spirited little girl, Peg, and her sidekick, Cat, as they encounter unexpected problems that require fun and creative solutions. In order to solve the problems, Peg and her cat must add, subtract and apply basic arithmetic. Their adventures take them to historical far-away lands, art centers in bustling metropolises and the colourful cosmos, all the while demonstrating that it’s never too early to start learning the magic of numbers.

9 Story is one of the industry’s leading creators, producers and distributors of award-winning animated and live-action content for young audiences around the world.  With one of North America’s largest animation studios based in Toronto, 9 Story has over 220 creative and production staff, and has produced over 900 half hours of quality children’s and family programming, seen on some of the most respected children’s channels around the world across multiple platforms.  The company’s distribution arm represents a growingcatalogue which includes several beloved brands such as Arthur, Wibbly Pig, Harriet the Spy: Blog Wars, Wild Kratts and Almost Naked Animals in addition to exciting new series such as Numb Chucks, Camp Lakebottom, Cache Craze, Daniel Tiger’s Neighbourhood and Nerds and Monsters. The company recently acquired CCI Kids, the family content division of CCI Entertainment, increasing 9 Story’s portfolio to over 1600 half hours of content with popular shows such as Guess How Much I Love You, Joe & Jack, Artzooka! and Extreme Babysitting.   www.9story.com