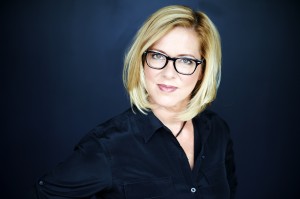 Toronto, Canada – September 9, 2014 – 9 Story Entertainment is pleased to announce the appointment of award-winning media executive Natalie Dumoulin to the newly created position of Vice President, Creative Affairs. Reporting directly to President and CEO Vince Commisso, Dumoulin will be responsible for sourcing and developing animated and live-action properties for kids of all ages, collaborating with 9 Story’s producers, writers and animation teams and working closely with the company’s broadcast partners on key properties in development. The new role was designed to encompass more than just straight development, with Dumoulin responsible for overseeing all creative aspects of 9 Story properties from inception to delivery.

With over 20 years of experience in television production, Dumoulin most recently served as Creative Producer for Shaftesbury and Director of International Youth Development for Montreal-based independent production company Pixcom. A seasoned producer of animated series, Dumoulin was instrumental in the production of the acclaimed PBS series Caillou, which she wrote and executive produced. Other key credits include producing the Emmy®award winning series Arthur and developing and producing Cartoon Network’s Gerald McBoing-Boing. Prior to her work on those series, Dumoulin held positions as production executive at TELETOON and as Supervising Producer at Cinar.

“Appointing Natalie to this new role is a testament of 9 Story’s growth,” said Commisso. “Natalie is a bona fide triple threat with respect to discovering new creators, developing long running brands and producing shows right through delivery. We are looking forward to having her drive our children’s slate with her tremendous expertise.”

“9 Story has a clear vision for growth uniquely coupled with an unbending commitment to quality,” said Natalie Dumoulin. “These two things, when combined with a mandate to focus on creator driven properties presented an opportunity I simply couldn’t resist.”