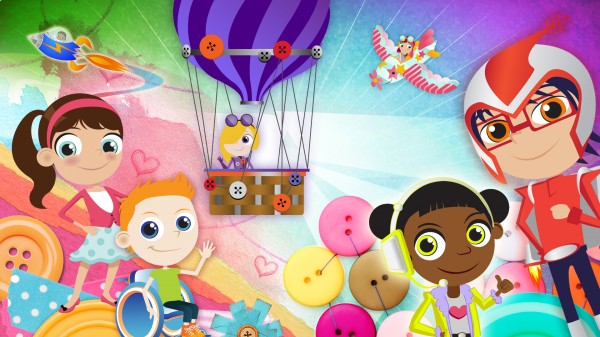 Each action-packed crafting adventure starts with Jane, Johnny and their talented Air Crafter friends.   With a common goal, they open their craft packs and fly into a world full of artistic textures and creative settings. With creative problem-solving skills and some crafty talents, the Air Crafters collaborate and include others to find the best solution that solves each dilemma with style.

Each one of the Air Crafters has a creative talent that is unique and inspirational. With an endless supply of art materials, “Crafty”, their creative sidekick and supply robot is always ready to cut, paste and present each little masterpiece.

“Air Crafters is a celebration of the budding spark of creativity in each child as they first learn to deal with life’s challenges. We are delighted to be working with TVO and look forward to bringing the project to MipJr and Mipcom as we seek global broadcast partners,” said Tero Hollo.

“TVO is proud to be working with Victory Arts on high quality programming with educational value. In Air Crafters (currently in development), kids explore new frontiers and follow the characters as they creatively solve problems encountered on their journeys. TVO’s work with Victory Arts is part of our ongoing commitment to fostering emerging Canadian talent,” said Pat Ellingson, Creative Head, Children’s and Parents’ Media, TVO.

Victory Arts is a Canadian based children’s content creator and producer with engaging properties and lovable characters that capture the hearts of kids and parents.  With its animated content properties including Air Crafters(tm), Alphabet Stories(tm), Shirley Locks(tm) and Hugz and Kissez(tm) and a new live action tween property titled Super Awkward, Victory Arts is set to win over buyers and fans around the world. www.victoryarts.com