Yes. This is a thing. 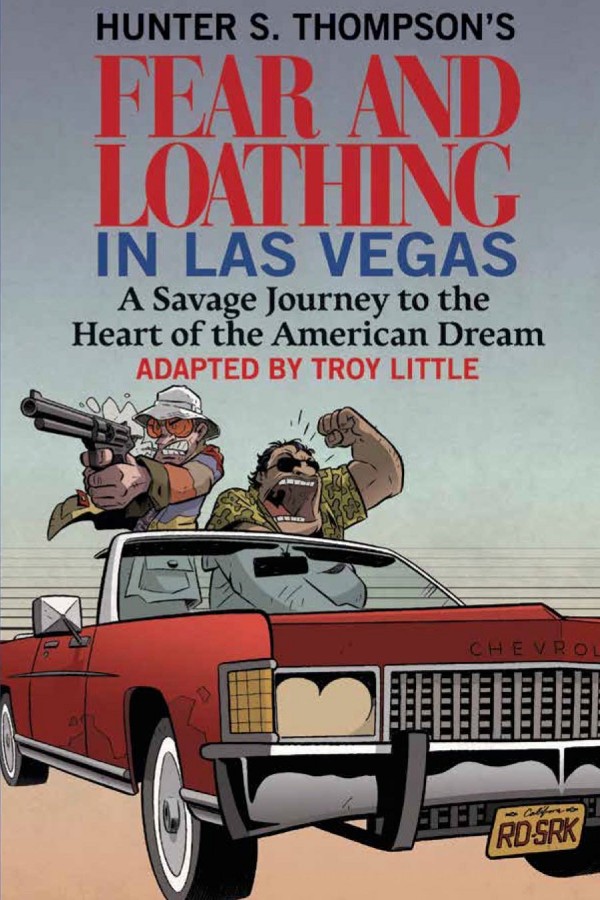 PEI comics artist/animator Troy Little, well known in cartoon circles for the Angora Napkin pilot produced for Teletoon a few years back, has been hard at work adapting Hunter S. Thompson’s Fear and Loathing in Las Vegas as a 176-page graphic novel from Top Shelf Productions.

When Troy told me he was doing this a small corner of my brain exploded. I’ve known Troy for around 20 years now, and I know what this means to him. The fact that he wasn’t paralyzed by pressure at the very idea of adapting one of the greatest books ever written, and actually put pen to paper? Dude is my fucking hero.

Troy’s put a ton of work into building his comics career. And as of right now, this is the payoff. And the comics world’s gain is our loss.

The book’s out in October.