made in Canada: Netflix/Dreamworks’ Mr Peabody and Sherman 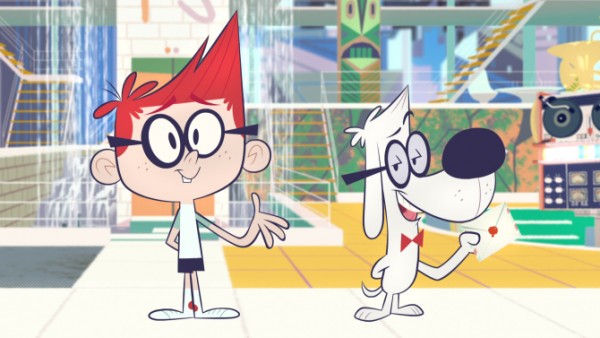 The press release for the new Mr Peabody and Sherman series made the rounds yesterday(Variety), getting picked up by all kinds of outlets. The promotional image looks great, there’s some real cartoony goodness happening there. Amidst all the talk of poor box office for the film, love for Jay Ward, and multi-year deals, there’s a little mention of the production facility: DHX Vancouver. I often gloss over at the articles, they pop up all over from various news outlets, getting into my various feeds. This time I paid attention though. And the reason was because of who was posting the links: the ARTISTS.

Somebody clearly hired well for this show. And it looks like the crew are really proud of the work they’ve done and eager to show it off.

You know you’ve got a good show on your hands when Hobo Divine is excited about it.