from the internets: Bardel gets Bought. Italian Producer Rainbow Announces Purchase of BC Animation House 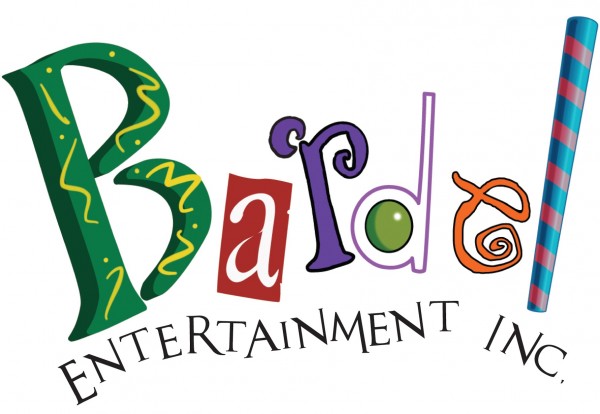 Saw this on Kidscreen this morning.

Another big buyout for long time animation players here in Canada. Studio B showed the way, selling to DHX back in 2007. Nerdcorps also went to DHX last year. Next up was Atomic. Thunderbird bought them just a few months ago. And now it’s Bardel’s turn. Bardel’s been around since 1987, and they’ve really turned on the jets over the past few years. I visited one of their studios in downtown Vancouver a few months ago, and I’ll admit, it was impressive. Barry and Delna, the BAR and DEL of Bardel, have worked very hard to get to this point. They’ve survived the ebbs and flows of this business longer than almost anyone. So congratulations are in order.

According to the Kidscreen article, the deal could be worth over 50 million, depending on Bardel meeting certain performance expectations over the next 3 years. The buyer is Rainbow, Europe’s largest animation studio and home to the billion-dollar Winx Club franchise. Both companies are owned by husband and wife teams, so some basic common ground is built in.

This is all amazing and mind-blowing. I’m seeing people I’ve known for decades becoming multi-millionaires. These aren’t overnight successes, by any stretch of the imagination, but they’re life altering. Most of them are artists themselves, who built strong businesses doing good work, and along the way adopted solid business practices and hired or partnered with the right business affairs people. It shows that there’s a path to success, if that’s how you define it. And it’s also possible that this isn’t the end of the story. It might just be the second act. I’m not articulating this well, as it’s an image that’s forming as I type, and I’m home sick with a rather cloudy head. But I try to look at these things from a wider perspective, from a context that takes in the whole of our Canadian Animation culture. From the creation of the peg system by Raoul Barre in the early 1900’s, to the birth of Canadian animation at the NFB and Crawley Films in Ottawa, then to Toronto in the sixties where future animation juggernauts like Ralph Bakshi tioled to produce low budget cartoons like Rocket Robin Hood and the first Spider-Man cartoon, then on to what is now being called our animation golden-age, the seventies, encapsulated by the legendary cult hit and failure, Rock and Rule, which birthed Nelvana Studios and what would form the basis of our current animation model. Nelvana turned to kids programming, playing it safe on adaptations of kids books like Franklin the Turtle. This lead to the first big sale, the biggest. Nelvana, who now owned a bunch of other companies, was bought by Corus in 2000 for 554 million dollars. For roughly a decade this goliath has perched in the center of our industry, dominating the Toronto scene and setting the tone for our industry. But new players emerged, and when Blair Peters and Chris Bartleman sold Vancouver based Studio B to DHX, people noticed. In the years since, our industry has seen major media players emerge, DHX chief among them. It’s become a buying climate, as DHX continued to pick up assets, including Nerd Corps. Toronto’s 9Story appeared to be heading in the same direction, but when it started buying out other companies’ libraries, it showed it’s colours as a buyer, not a seller(not yet at least). They continued this strategy by picking up UK-based Brown Bag Pictures. Thunderbird Pictures popped onto our radar by snapping up Atomic Cartoons, and now this. Notable for being a non-Canadian buyer. I’ve been waiting for this one to happen, but that’s for another article.

We’re in the consolidation phase. A buying market where big media companies are expanding their empire and acquiring companies with libraries, track records, and production capacity. How long this will last is a guess I’ll leave to those smarter than I.

Well, what happens when those studio founders are free again? They’ve got money in the bank, they’ve outlived their non-competion clauses, and they’re not old. We’re talking youthful fifty-year-olds who aren’t ready to golf themselves to death.

One former studio owner just teased his facebook friends about starting a new shop, and it set off a flurry of comments.

Whether he meant to or not, maybe he just triggered the next act?

Or maybe I need a nap.