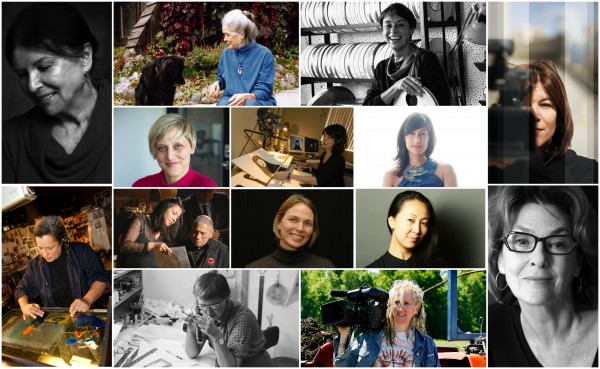 The National Film Board of Canada (NFB) will be ensuring that at least half of its productions will be directed by women and half of all production spending will be allocated to films directed by women, NFB head Claude Joli-Coeur announced at a Vancouver International Women in Film Festival panel taking place on March 8, International Women’s Day.

This NFB commitment will be rolled out over the next three years, during which the public will be able to keep track of its progress through updates on the NFB’s website, providing complete transparency in budgetary allocations.

“The NFB has always taken a leadership role in women’s filmmaking,” said Claude Joli-Coeur, Government Film Commissioner and NFB Chairperson. “In our current fiscal year, films directed by women represent half of our total spending on production. In 2016‒2017, the numbers are projected to be well above that. But numbers can fluctuate. There have been good years and lean

years for women’s filmmaking at the NFB. No more. Today, I’m making a firm, ongoing commitment to full gender parity, which I hope will help to lead the way for the industry as a whole.”
Women in View, a national not-for-profit organization dedicated to strengthening gender and cultural diversity in Canadian media both on screen and behind the scenes, recently released a report on the Canadian film industry showing that women represented only 17 percent of directors, 22 percent of writers, and 12 percent of cinematographers, in a sample of 91 feature-length films produced in 2013–2014.

What’s more, women hold key creative and management positions at the NFB. Fifty-five percent of the NFB’s producers and executive producers across Canada are women, with 66 percent of upper management and 70 percent of NFB Board of Trustee positions staffed by women.

From as far back as World War II, when women entered the workforce in unprecedented numbers, through to the present day, the NFB has always carved out a place for women at the forefront of creativity. Ensuring a diverse array of women’s voices―one that is inclusive of Indigenous women filmmakers and women from visible-minority communities―is crucial to delivering on its mandate of reflecting Canadian perspectives.