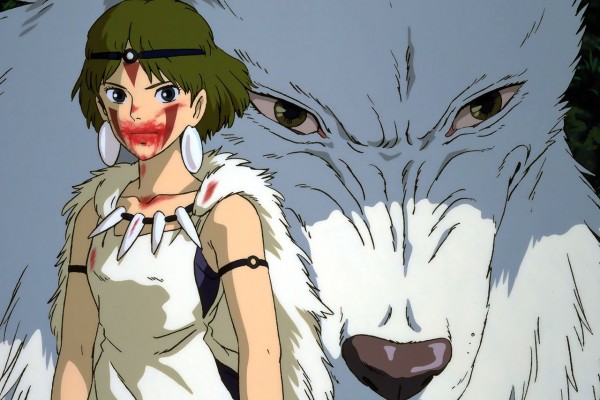 This is everywhere, and it seems to be pretty great. Toonz software, the animation software used by only the greatest animation studio of all time, Studio Ghibli, will be made available for free via an open source version beginning on March 26th. The version is called TOONZ Studio Ghibli Version, and it will include features developed by Ghibli. This is the software they used on Princess Mononoke.

People are going kinda apeshit over it.

So now what’s your excuse?

Digital Video, the makers of TOONZ, and DWANGO, a Japanese publisher, announced today they have signed an agreement for the acquisition by Dwango of Toonz, an animation software which was independently developed by Digital Video (Rome, Italy).

Digital Video and Dwango agreed to close the deal under the condition Dwango will publish and develop an Open Source platform based on Toonz (OpenToonz). Effective Saturday March 26, the TOONZ Studio Ghibli Version will be made available to the animation community as a free download.

OpenToonz will include features developed by Studio Ghibli (*Toonz Ghibli Edition) which has been a long time Toonz user. Through OpenToonz, Dwango will create a platform that will aim to have research labs and the animated film industry actively cooperating with each other.

With this agreement in place, Digital Video will move to the open source business model, offering to the industry commissioning, installation & configuration, training, support and customization services while allowing the animators’ community to use a state of the art technology at no cost.

Digital Video will also continue to develop and market a Toonz Premium version at a very competitive price for those companies willing to invest in the customization of Toonz for their projects. A comprehensive list of the new services available can be found at www.toonzpremium.com.

Commenting on this exciting announcement, Mr. Atsushi Okui, Executive Imaging Director at Studio Ghibli said “ During the production of ‘Princess Mononoke’ in 1995, we needed a software enabling us to create a certain section of the animation digitally. We checked for what was available at that time and chose ‘Toonz’. Our requirement was that in order to continue producing theatre-quality animation without additional stress, the software must have the ability to combine the hand-drawn animation with the digitally painted ones seamlessly. From then onwards we continued to use the software while going through major updates to make it easier for us to use. We are happy to hear that this open source version contains the Ghibli Edition. We hope that many people inside and outside of the animation industry will utilize this software for their work. We would like to extend our gratitude to the staff of Digital Video.”

“ The contract with Dwango, which offers the Toonz open source platform to the animation community, has enabled Digital Video to realize one of its strategies, i.e. to make of Toonz a world standard for 2D animation. This deal will be also the starting point of a new exciting plan to endorse the Open Source business model, by supporting training and customizing Toonz for the old and new users. We are proud to share this path with Dwango and with Studio Ghibli, the renowned Toonz user since 1995.”

“It is a great honour for us to be able to release OpenToonz as open source software.

We’d like to express our deepest appreciation to Digital Video and Studio Ghibli for their help and support We hope the high-quality software that meets the demands of animation professionals will contribute to revitalizing the animation industry. Dwango will also utilize OpenToonz in order to present its research and development results.”