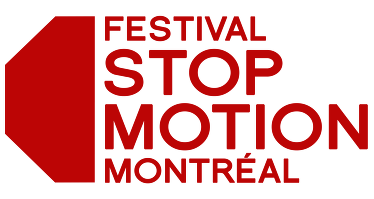 The 8th edition of the Montreal StopMo Festival is coming up and they’ve announced their official selection. Among them are a bunch of Canadian films, so we’ll highlight those:

Here’s the word from the festival itself:

Without any further ado, we are pleased and excited to announce the list of short films that have officially been selected for screening at the 8th edition of Festival Stop Motion Montreal! We would like to once again sincerely thank all of the directors, producers and distributors who participated in this year’s call for entries. We received an encouragingly large number of submissions which highlighted your passion and desire to have all of your amazing work displayed at this year’s festival. We had a blast watching all of them- there truly is no better visual marathon around!

The films in this year’s selection, all produced between 2014 and 2016, come from 18 different countries from around the world. It will be the North American premiere for 16 of theses films and the world premiere for six other at this very festival! The 48 short films selected have been compiled into 5 different screenings; one of them offering free admission as part of the newly dubbed Discovery Program. In previous years this free screening went under the name of the Family Program, and was offered to children and families. This year the Discovery Program will present a variety of short films without dialogue and invites the public of all ages to discover the magical world of stop motion animation!

The directors of the selected films are invited to talk to the public about their films as part of Meet the Filmmakers taking place the morning of Saturday, September 17th, 2016. The artists who will be in attendance will be announced in September.