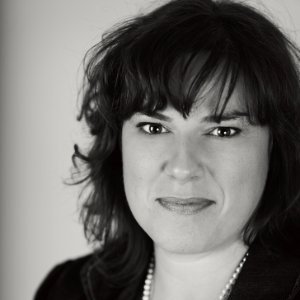 Toronto, Canada – Corus Entertainment announced today the appointment of Athena Georgaklis to the role of Head of Development for Nelvana. Georgaklis, a highly respected animation executive, will lead the acquisition of rights and the development of all original content for Nelvana, working with the studio’s producers, creators, and talent around the world.

“We are delighted to welcome Athena to this role,” said Scott Dyer, President, Nelvana  “Athena joins our team with an exceptional international reputation built on her keen eye for animation and her breadth of knowledge and experience in the industry.”

“I’m thrilled to be joining Nelvana at this time of growth for the studio,” said Athena Georgaklis, Head of Development, Nelvana. “I’ve admired this studio’s work for decades and look forward to developing premium kids content that we can distribute around the world.”

Georgaklis will remain based out of Corus’ Montréal office, with a continued presence at the company’s Corus Quay Headquarters in Toronto.

Nelvana is a world-leading international producer and distributor of children’s animated and live-action content. Nelvana produces a stable of award-winning and globally renowned brands that focus on comedies, preschool and boys action series and ancillary consumer products programs. Nelvana’s content airs on Corus Entertainment’s kids channels in Canada and in over 160 countries around the world. The Nelvana library has well over 4,000 episodes of programming and has received over 70 major international program awards including Emmy Awards® and Gemini Awards. For more information, visit www.nelvana.com.