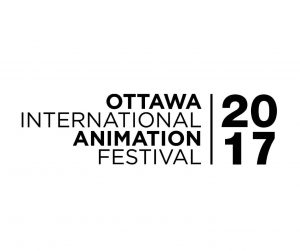 ALL-OUT CALL-OUT: OTTAWA INTERNATIONAL ANIMATION FESTIVAL OPENS SUBMISSIONS FOR 2017
OTTAWA, ON, CANADA (February 21, 2017) – The Ottawa International Animation Festival (OIAF), North America’s leading animation film festival, is now accepting entries for competition in 2017! Entries are due May 26, and there is no entry fee.
From September 20-24, Ottawa will become the center of the animation universe; a hub of innovative, inspirational, and engaging art. OIAF invites animators from around the globe to submit their recent work in the following major categories:
– Animated Feature
– Narrative Animated Short
– Non-Narrative Animated Short
– Student Animation
– Commissioned Animation:
– Short Preschool Animation Made for Children 0-5
– Short Animation Made for Children 6-12
– Preschool Animation Series Made for Children 0-5
– Animation Series Made for Children 6-12
Notably, the children’s categories are now divided by age group. In addition to category prizes, submissions will also be considered for a variety of craft and other awards including the Film Critic’s Prize, which is new to 2017!
“With our first 40 years behind us, we’re getting started on year 41,” says Chris Robinson, OIAF Artistic Director, “We’ve made a few tweaks. The ‘Experimental/Abstract’ category is now simply ‘Non-Narrative’, student films have been rolled into a single category, and we have some additions: new category divisions for kids, and a brand spanking new Film Critic’s prize that will be awarded by accredited members of the Canadian and International media. Beyond that, we expect another year of groundbreaking and eclectic animation that you simply cannot see on television.”
For more information, including Festival rules, please visit the OIAF website at: www.animationfestival.ca
Each year the OIAF receives more than 2,000 entries that are reviewed by the Festival’s programming team. Approximately 150 films will be chosen for Official Competition and Out-of-Competition Showcase screenings.
The Ottawa International Animation Festival (OIAF) is one of the world’s leading animation events providing screenings, exhibits, workshops and entertainment since 1976. OIAF is an annual five-day event bringing art and industry together in a vibrant hub and attracting more than 28,000 artists, producers, students and animation fans from around the world. This year’s OIAF runs September 20-24.