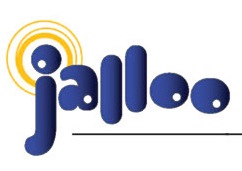 I’m still in Miramichi and I’m all Jalloo’d out.  I’ll give you guys a proper write up when I get some rest, but in the meantime, here’s a post from Gene Fowler of Loogaroo, on his experience mid-festival:

I’ve just returned from a full day and night of absolute debauchery at the local college here in Miramichi. This year’s Jalloo festival for gaming and animation was once again enlightening (it’s not over yet, but I can’t attend tomorrow. So I’ll post now). It kinda sucks though that the event planners book just about everything that is awesome while something else that is awesome is happening,  so you miss some great stuff. However, you can still catch some good stuff.

The highlight so far, getting together with my old friend Mike Valiquette and finally getting to meet Dominique Dussault from Teletoon after working with her virtually for about 3 years on our show Space Knights. The next big highlight, listening to Andy Moore talk about how to make money in online gaming. Smart lad. I suspect tomorrow when Robbie and I team up with him for the 24 hour game jam, that it’ll be the highlight of the week as well. We’ll see.

For this post though, I wanna share some points from Andy Moore’s chat, cause it was very enlightening.

If you’re going to make a flash game for online distribution, know whom your market is and which portal distributes most successfully to that market.  In short, make the right game, get the right partner and you’ll get the right money.

An interesting point to people whom think the flash game market is crowded is the following. There are about 700 flash games released everyday, which confuses most into thinking that the market place is too saturated. Not true. As far as Andy is concerned 699 of the 700 flash games launched each day, are made by 12 year olds and are rip offs of Mario Bros. The good thing about the flash gaming industry is the vast portal network. As they filter through all this junk for the end consumer and delivery only the polished games. The fun ones that the consumer actually wants to play. Which are the games that they can play at work, on their lunch break with one hand on their mouse as the other one has a sandwhich in it. The game is simple an easy to beat, but is themed accordingly to entice a certain age group. I’ve heard this a few times from many a source and deem it wise.

Measure your metrics so you can see what’s working and what’s not. Andy recommended www.swfstats.com. By measuring where people are clicking and how often you can tell what people like and dislike. When a tutorial is useless as no one is clicking on it, or when a level is too hard because you can see that everyone clicks off during it.

A very obvious point that I never quite thought of was testing your games professionally before showing it to portals for potential acquisition. You need to privately test your game away from public eyes. Portals want games that are fresh and that haven’t been seen before. So use services like the ones offered by flashgamelicense.com to have your game tested away from online eyes. Flash Game License will also very decent cash for a decent game. Andy mentioned that his game steambirds was pretty polished before he showed it to a portal. To the point of about 80-90{f2e86ea6af82e2bb048871abf045622abf0ed27fb513932dc1ee8c05a54cbefd}.

It took Andy very little time to get a working prototype of Steambirds, then about 3-4 months to polish it. He landed $40k in return for his investment. Not a bad pay day. Now he has a popular game with players that he can now sell sequels to. Building a fan-base for his games. You can also advertise in your already launched games for your next round of game releases/sequels, etc. Smart.

As far as Micro transactions go. Andy feels that not enough people are really doing them. Which would probably be the case if most of the flash games being released are being made by 12 year olds. As I bet alot of that skillset or technology would be a bit out of their league. Andy made a game called the Fantastic Contraption and did real well by allowing any player (whom plays for free) to buy the game and the level editor for $10. Two years since it’s released, revenue is around 1 Million, most of which was made in the first 4 months of the games’ release. Wow.

A misconception about microtransactions is that you’re buying bits and pieces for a dollar here and a dollar there to enhance your experience. It is the case, however it would be foolish to have you pay a buck at a time through paypal for these goodies. As the fee for the transaction would be more than the friggin’ enhancement.  Instead, offer a package of items for like $10. Or $10 of in game currency so that they can purchase what they want to enhance their gameplay.

On average, an online player would spend about $60 in micro transactions (what I’ve failed to gather is if this is over their lifetime/year/week etc? I’ll try and find that out.) However, there are whales in the marketplace. These big spenders are ultimate fans of the game and spend shitloads of money to have all the things that they can to be the ultimate player. In fact, in Saudi Arabia, there was on fellow who spent $25,540 US in transactions to enhance his game, ( I think it was farmville). These whales sometimes are all that a game studio/developer may need to fund their next game, create more levels or sequels or whatever. So why not have micro-transactions enabled in your games? You could be making money! Andy uses the services of www.socialgold.com for his transactions.

Also if your game has mild success, or hell even if it didn’t when you launched it initially. Get it to other platforms, as you never know what platform may make it a hit. Or generate even more fans and revenue. If it’s everywhere, available to everyone, it might just start tipping over and become a runaway success.  Make partnerships with people who work in spaces other than yourself, cut them in on the profits in exchange for porting your flash game to the iphone, or Android, XBLIG, XBLA, PSN, PS3, Wii/DS etc.

* By the way, there are no good games yet for the Android market, so if you’re looking to break into mobile, forget iPhone. Go Android, it’s a market that is about to explode  says Moore.

Great bits from Andy, wanna tap into his head more?

Go to Jalloo, it’s worth it!

I should mention that since this writing, Gene participated in a game Jam with Rob Anderson, Andy Moore and Stephanie Arseneau.  I checked in on them periodically and was able to see the final product today.  They managed to put together a really swell game in 24 hours and they’ve already had some distributors look at it.  Andy commented in today’s presentation of the games that he thought it would be cool to see if they could not only make a game in 24 hours, but sell one as well.  Well, the 24 hours are up and the game hasn’t sold, but they’ve been told that there’s a bid coming in.  Pretty cool.  To see their progress, hit up the Loogaroo blog here. 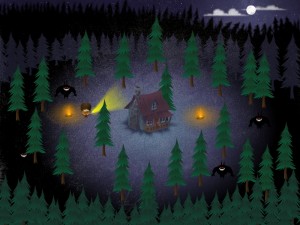 Thanks to the Jalloo crew: Tara, Heather, Brian, Jason, and everyone I’m too tired to remember right now.  I’ll give my own take on the festival when my brain works again in a few days.