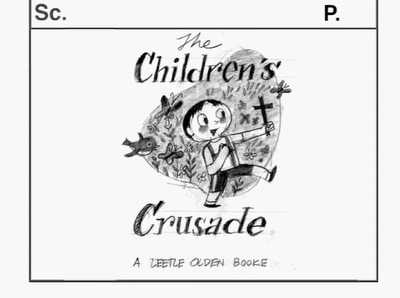 They’re out there.   The almosts and coulda-beens.  You know what I’m talking about.  You’ve probably seen clips or artwork, or heard stories about that show someone was pitching.  I can think of a few myself.

A few years back, John Kricfalusi got a second shot at Ren and Stimpy.  The cartoon world got real excited.  John set up shop in his hometown of Ottawa, and put together a kick ass crew. At some point in production, they embarked on an episode entitled “Life Sucks”.  John wrote about it on his blog, right here.  According to John, “Many of the folks who worked on it figured it was the best R and S story we had ever written. Unfortunately it was never produced“.

I’m just going to go ahead and paste John’s description of the episode:

“Life Sucks explores the difference between Ren and Stimpy’s outlook on life. They each look at the world and see the same evidence yet judge it in opposite ways. Stimpy is an optimist and Ren is a pessimist. In Life Sucks, Ren realizes it’s his duty to cure Stimpy of his naivety and he takes him on a journey through biology, religion, history and evolution in an attempt to make him wake up and smell the coffee.”

“This is the story of the Children’s Crusade, which many history books say actually happened.”

“I asked the great Nick Cross to draw the sequence and he did an amazing thing. He drew Ren and Stimpy in one style and the Children’s Crusade in the style of Mary Blair’s Golden Books.” 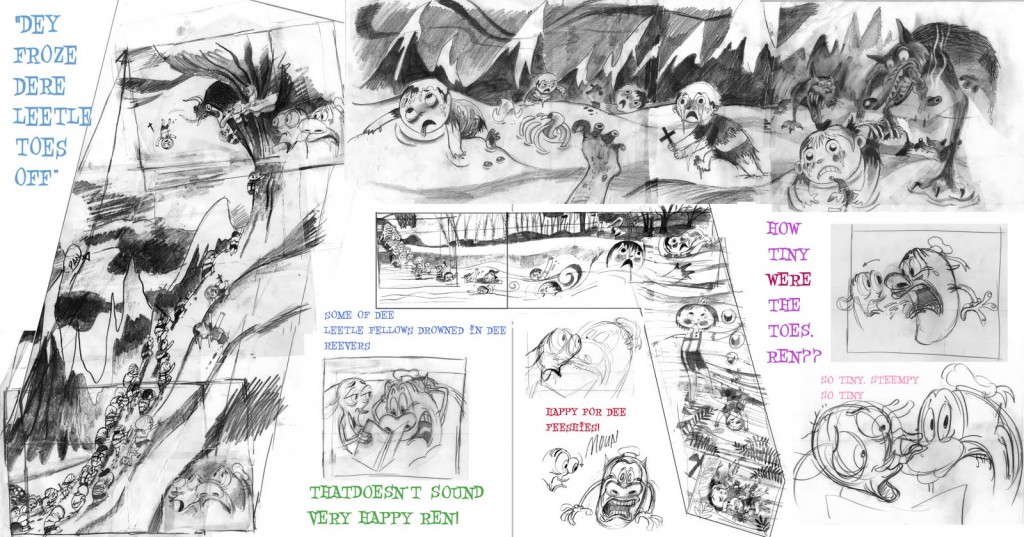 According to Nick(in an interview on fullecirclestuff), the episode’s downfall was that it was just too good: “It had the potential to be really amazing because of it’s scope, which was also it’s downfall. It just took too long to get finished, and we didn’t have the time or money. It got pushed to the sidelines so that we could concentrate on getting other shows done, and the budget and schedule ran out before we got a chance to complete it. It’s a shame, because that was my favorite episode too.”

John has talked about this episode being produced as a direct-to-dvd endeavor, and those rumours continue to abound online, but so far, there’s no hard evidence to indicate it’s ever going to happen.

I’ve got a few others I’m going to share with you guys, but in the meantime, I’m hoping some of you readers will chime in as well.  Any suggestions?