from the internets: Animation Production Insight, from Echo Bridge

Steve Valdez runs Echo Bridge Pictures.  They’re a boutique animation studio out of Florida.  Yeah, I know that’s not in Canada, but I’m not going to hold it against him.  Steve’s an honorary Canadian in my book.  I met him a few years ago at the Ottawa International Animation Festival, an event he tries to attend as often as he can.  He also spent a few very busy years working in New Brunswick, so the guy has paid his dues.  He’s a standup dude, and there are times he sounds like he loves our country more than we do.

Steve recently shared a bit of insight into how they run things at Echo Bridge, it’s a logical, deliberate, and thoughtful approach to doing business in the creative arena of animation, and I thought it was worth sharing. 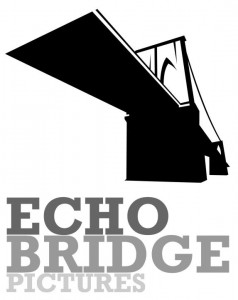 With the New Year in full swing, we thought we might share some insights on how we produce animation with the hopes that it might get you inspired.

The Project.
Before starting on a project, we like to know who we’re working with.  We don’t have a phone line, so we communicate mostly through email keeping things clear and concise.  This sets up the dialogue foundation once we start working.

The conversations tend to focus around project goals, scope of work, and time frame for delivery.  Because we’ve been using Basecamp for awhile, we’re able to track the amount of time it’s taken us to produce a project.  Some projects are very similar in the amount of work being done, and it helps us give a better idea of how long it’s going to take.  Some projects might go faster than others, but each project is a different animal all together.  Planning is really guessing and a rule of thumb for us is to always double your time to allow for wiggle room.  There will always be something unforeseen that arises.  If you’ve allowed yourself ample time for it, if and when it comes, you’ll know that you’ll still make your deadline.

After a few exchanges, a contract will be drafted.  We have a standard boilerplate agreement ready which spell out in very clear language, all the working conditions and responsibilities of each party.  Sometimes the contract is good on a first pass, other times there’s some back and forth.  It’s at that point where we get to see how well we can work with each other and want to continue.  After everything is in agreement, we use Adobe EchoSign for signatures.  It’s quick, easy, and keeps us paperless and eco-friendly.

Our standard practice is to receive a percentage of the total budget up front as a deposit.  The deposit helps us pay for some of the expenses of preparing for production and shows a sign of commitment on our client’s part.  With long time clients, we tend to waive this when asked.

Once a deposit has been received and cleared, a Basecamp site is setup and we get right to it.

Preparation.
A chef doesn’t start cooking right away.  They have their ingredients all setup and ready to use.  Likewise, having a good setup allows us to work faster and efficiently and frees us up to focus on what we do best.

Our core philosophy is preparation.

Preparation is an on going process.  We work “general to specific,” meaning that in the beginning we’ll prepare general processes and once we’re at a specific stage, we’ll start preparing the next process with its specific tasks.

Development.
It’s creative chaos.  Sometimes we have a script, sometimes its a scribble; in the early stages its all about finding a voice that will speak clearly and do the concept justice.  We create, revise, rework, and restart the concept until we’re just about sick of everything, set a deadline, and head towards the finish line.

Out of the chaos, order is then brought in.  A script is written, storyboards are produced, characters and environments are designed, music is selected, voices recorded, and a story reel is born.

We send it off to the client for approval, make revisions as needed, and once its locked, we move on to…

Pre-Production.
The term has different meanings to different studios and companies.  For us, this means doing things prior to production.  It means getting organized, preparing materials and assets, locking down a solid schedule, getting the right people for the right job.

We try to do as much leg work in the beginning as possible so that when the work is distributed, everyone has everything that they need to focus on doing really solid work.

It’s lining up the dominoes with the hope that once you knock the first one down, everything else will fall into place smoothly.

Production.
We call this the “point of no return.”  Once the plane as taken off into production-sphere; there’s only so much fuel in the tank, turning back to make changes can be costly.  With the client’s blessing, we disburse the work.  Characters will be animated, backgrounds will be created and if there is any unique FX that’s needed, they’ll all be done here.

If you’ve managed to do a thorough preparation job, this part of the process is often smooth flight with minimal turbulence.

The client will get rough cuts sent to them to show how process is going (if they request it).  Once animation is completed, we give one more round of revisions to make sure that things are looking pretty and lock the take.

Post Production.
We’ve learned that this area is just as important as the development period.  We go over everything with a fine tooth-comb to make sure nothing is missing; shots are hooking up properly, and ensure consistency and quality.

All the art and animation work is compiled together and brought in for polishing.  A soundtrack is scored; sound effects designed, then both audio and visuals are mixed and mastered for a final render ready for delivery.

The scope of work varies from project to project and some will be more relaxed than others.  But one thing is certain, no matter what the project, problems will arise.  When you’ve done a thorough job of preparing and allowing wiggle room, the result is a production with minimal bumps in the road.

Want to keep the conversation going?  Hit us up @echobridge.