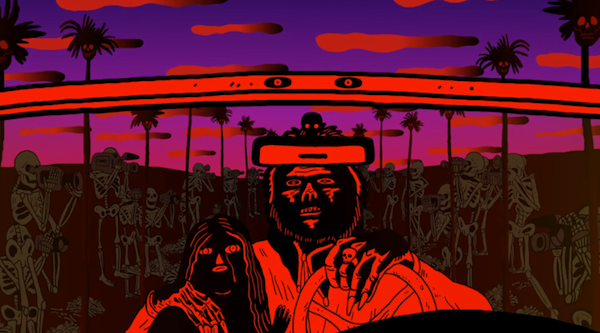 On Sunday, March 29, director Chad VanGaalen was announced as the winner of the 2015 Prism Prize for Timber Timbre’s Beat The Drum Slowly music video at the Prism Prize Top Ten Screening and Awards Presentation at TIFF Bell Lightbox in Toronto, Ontario. Chad VanGaalen, who was also nominated for his own song Monster, was on hand to accept the Prism Prize trophy and $5,000 award.

The Prism Prize Audience Award was presented to director Natalie Rae Robison for Kandle’s Not Up To Me, based on thousands of online votes collected in collaboration with Noisey Canada.

Also honoured during the event was director Jared Raab, who was in attendance to accept the
Arthur Lipsett Award, established to recognize an innovative and unique approach to music video art. The Prism Prize Special Achievement Award, honouring a Canadian music video artist for their artistic achievements and exceptional contribution to music video art on a world stage, was presented to animator and cinematographer Christopher Mills.

Plans for the fourth annual Prism Prize will be announced later this year. Prism Prize is proud to host a comprehensive resource for music fans to watch the best Canadian music videos all in one place. Videos and news from Canada’s music video community are available throughout the year at www.prismprize.com.