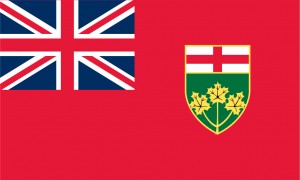 Ontario’s provincial government unveiled it’s new budget yesterday. Though nowhere near the sweeping scale of the recent cuts in Nova Scotia, we’re not coming away unscathed.

Ontario provided significant support of approximately $335 million in 2014–15 to the film and television industry through the Ontario Film and Television Tax Credit (OFTTC), the Ontario Production Services Tax Credit (OPSTC) and the Ontario Computer Animation and Special Effects Tax Credit (OCASE). Ontario also provides support to the industry through a variety of grants including the Ontario Media Development Corporation Film Fund, Export Fund and Industry Development Program, as well as the Northern Business Opportunity Program provided by the Northern Ontario Heritage Fund Corporation. In addition, film productions are eligible to claim film tax credits and other assistance from the federal government.

The OPSTC is currently a 25 per cent refundable tax credit available to qualifying corporations on eligible expenditures for Ontario labour, service contracts and tangible property in respect of eligible film and television productions. This credit is available to both foreign and domestic productions.

Ontario proposes to reduce the rate of this credit from 25 per cent to 21.5 per cent for qualifying production expenditures incurred after April 23, 2015. The OPSTC would remain competitive compared with other Canadian jurisdictions.

Ontario also proposes to amend the OPSTC to ensure the credit fosters employment opportunities for Ontarians. The following changes would be effective for taxation years that begin after April 23, 2015:

The OCASE is currently a 20 per cent refundable tax credit available to qualifying corporations on Ontario labour for eligible computer animation and special effects activities. Productions are allowed to combine the OCASE with the OFTTC or OPSTC. Ontario proposes to reduce the rate of the OCASE from 20 per cent to 18 per cent for expenditures incurred after April 23, 2015. After this rate reduction, the OCASE would remain competitive with other jurisdictions in Canada. In addition, to better target the credit, Ontario proposes to require that productions started after April 23, 2015, must also receive the OFTTC or the OPSTC in order to claim the OCASE.

The proposed changes to Ontario’s film and television tax credits strike a balance between cultural support and fiscal responsibility. Ontario will continue to attract production activity through a combination of world-class infrastructure, talent and skills, diverse locations, and stable and competitive financial incentives.

The federal government has amended the Canadian Film or Video Production Tax Credit to treat a government equity investment in a production in the same manner as other forms of assistance. Eligible expenditures under the tax credit are generally reduced by the amount of assistance received. The OFTTC would automatically parallel this federal change.

To encourage production activity in Ontario, the Province’s long-standing administrative position has been to not treat government equity investments as assistance for the purposes of the OFTTC. The government will file a regulation, effective after December 31, 2008, to enable this treatment to continue. This will benefit the industry by approximately $7 million in 2016–17.

With the Ontario Music Fund (OMF) successfully in place and meeting the needs of Ontario’s music industry, the government is committing to the continuation of the fund at $15 million per year, while proposing to eliminate the Ontario Sound Recording Tax Credit (OSRTC). An expenditure incurred after April 23, 2015, will only qualify for the credit if the eligible sound recording was commenced before April 23, 2015, the expenditure was incurred before May 1, 2016, and an OMF grant is not received in respect of the expenditure.

The government will continue to work with its partners in the music industry to obtain the best return on investment from the OMF by supporting activities that contribute to a sustainable, expanding music sector.

Coverage is popping up.

The reductions aren’t huge, but they’re there. The main point the government seems to be hingeing the cuts on is the strength of the Canadian dollar. As our dollar has dropped, we’ve become a very attractive option for the American productions. Ontario has seen the kind of growth that Nova Scotia was looking for. How these cuts will affect the growth trend remains to be seen.

There’s one other area that has caused a bit of alarm, and it’s for our Ontario Computer Animation and Special Effects credit.  There’s a new stipulation that now ties the eligibility of that credit to either the Ontario Film and Television Tax Credit or the Ontario Production Services Tax Credit. OCASE is a big one for us, and any tampering with is will have some repercussions. I think this may tie the credit more strongly to “qualified” TV productions, and could remove the option for additional funding for non-broadcast productions such as shorts and web content.

It’s not my specific area of expertise, so I’ll try to get some further analysis.